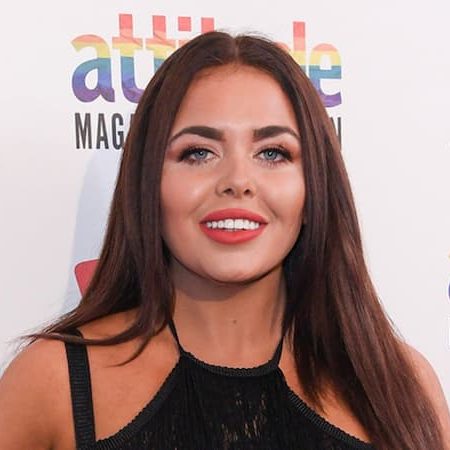 This article will answer every question you have about Scarlett Moffatt. Below are some of the frequently asked questions about her.

Who is Scarlett Moffatt?

Scarlett Sigourney Leigh Moffatt is an English eminent television personality, presenter, and former ballroom dancer from Country Durham. She is best known for appearing in the Channel 4 program Gogglebox. In 2016, she won the sixteenth series of I’m a Celebrity… Get Me Out of Here!

Since then she has appeared in a number of programs including the I’m a Celebrity companion show Extra Camp as a co-presenter, and Ant & dec’s Saturday Night Takeaway. Most recently, she has appeared in a Channel 4 documentary, The British Trible Next Door, alongside her family in a four-part series living within a remote Namibian village.

How Old Is Scarlett Moffatt?

She is 31 years old as of August 2022, having been born on October 17, 1990, in Bishop Auckland, County Durham, England. Scarlett shares her birthdate with celebrities such as; Eminem, Queen Naija, Alaïa McBroom, Simply Nailogical, Holly H, and many more.

Who are Scarlett Moffatt’s Parents?

She was born to Mark Moffatt (Father) and Betty Moffatt (Mother).

Does Scarlett Moffatt have Siblings?

She has a younger sister by the name, Ava-Grace Moffatt.

She is currently in a relationship with Scott Dobinson. They started dating in 2018.

It was confirmed on September 23, 2013, that Scarlett would be appearing in MTV’s new series, Beauty School Cop Outs. The series follows British and Irish youngsters as they move to a beauty school in Manchester to learn the tricks of the trade. The next year, she became a regular cast member alongside her parents Mark and Betty on the Channel4 reality TV show Gogglebox, making her debut in March 2014, in the third series. Her younger sister, Ava-Grace joined the family during the seventh series; her then-boyfriend Luke Crodden first appeared in the eighth series.

In March 2017, her relationship with Luke ended. Since Scarlett’s appearance in I’m a Celebrity… Get Me Out of Here!, she has not appeared in Gogglebox. She went on to join the presenting team for Capital Breakfast on Capital North East on November 30, 2015. It was confirmed on November 8, 2016, that she would be participating in the sixteenth series of I’m a Celebrity… Get Me Out of Here! After winning the series, in December 2016, she began appearing as a panelist on Virtually Famous. It was announced on January 8, 2017, that Channel 4 would be reviving the dating show Streetmate with Scarlett as the presenter. Moreover, she was the backstage presenter for the National Television Awards in January 2017.

It was announced on January 9, 2017, that she would be joining Ant & Dec on Ant & Dec’s Saturday Night Takeaway. In a statement, Scarlett said, “I’ve watched Saturday Night Takeaway with my family for as long as I can remember, I’m such a huge fan, so to be part of one of the biggest entertainment shows out there, with two of my all-time TV heroes Ant and Dec, is an absolute dream”. However, on November 19, 2019, she was dropped from her role as co-presenter. Next, she guest-hosted an evening radio show on Heart on April 2, 2018, as part of Heart’s Feel Good Easter Weekend.

Since May 2020, she has presented a BBC Radio 1 podcast with her boyfriend Scott Dobinson, ‘Scarlett Moffatt Wants to Believe’. Moreover, she appeared alongside other six celebrities including Monty Panesar and Nick Hewer in 2022, in the BBC television show Pilgrimage. In it, she and her fellow celebrities walked the route taken by Saint Columba from North Western Ireland to the Island of Iona in Scotland as he brought their Christian faith onto the UK mainland in the late 6th century AD. Also, during the program, Scarlett spoke of her Christian faith and how it helps her in her life.

Scarlett Moffatt Salary and Net Worth

Her salary is not mentioned on the internet but has an approximate net worth of £1 million.