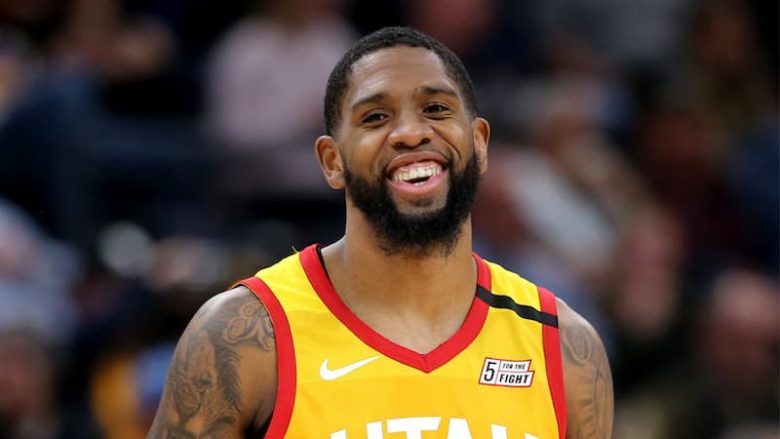 This article will answer every question you have about Royce O’Neale. Below are some of the frequently asked questions about him.

Who is Royce O’Neale?

Royce O’Neale is a popular American professional basketball player for the Brooklyn Nets of the National Basketball Association (NBA). He played college basketball for the Denver Pioneers and the Baylor Bears.

After the close of his college career, he was not selected in the 2015 NBA draft. O’Neal his 1st professional season in Germany for MHP Riesen Ludwigsburg, where he averaged 8.1 points and 4.5 rebounds per game.

Following playing for the Golden State Warrior’s Summer League team in 2016, he signed with Spanish club Herbalife Gran Canaria for the 2016 to 2017 season.

O’Neale signed with the Lithuanian club Žalgiris Kaunas on June 25, 2017. However, he never played a game for the team.

Following playing for the Utah Jazz in the 2017 NBA Summer League, he was signed to the team for the 2017–18 season due to the exception left in the contract with Žalgiris Kaunas. O’Neale made his NBA debut on October 21, 2017, playing a single minute in their 96–87 victory against the Oklahoma City Thunder. He scored 19 points in a home game against the Phoenix Suns on February 14, 2018.

How old is Royce O’Neale?

O’Neale is currently aged 29 years old as of 2022, having been born on June 5, 1993, in Killeen, Texas, U.S. He shares his birthday with famous people including Mark Wahlberg, Nick Kroll, Federico Garcia Lorca, Pancho Villa, David Bisbal, Troye Sivan, Kenny G and many more.

Who are Royce O’Neale’s Parents?

Royce Khalil O’Neale was born in Killeen Texas to his parents Deborah Kingwood, and an unknown father. His mother is proud to have an NBA star.

Does Royce O’Neale have Siblings?

Not much is known information about his siblings with the media. O’Neale has kept his private life hidden from the media.

O’Neale attends Harker Heights High School. He then went to the University of Denver from 2011 to 2013. O’Neale He played two seasons for the Pioneers, including an all-Western Athletic Conference (WAC) season in 2012-13, before transferring to Baylor University from 2013 to 2015.

O’Neale is yet to be married and does not seem to be in a relationship at the moment. He has not been previously engaged.

He is not married at the moment. O’Neale is yet to have children of his own yet

On January 19, 2020, the Utah Jazz revealed that they had signed him to a contract extension.

An American professional basketball player for the Brooklyn Nets of the National Basketball Association (NBA). His net worth is estimated to be around $2 million as of 2022.