This article will answer every question you have about Phil Scott. Below are some of the frequently asked questions about him.

Who is Phil Scott?

Philip Brian Scott abbreviated as Phil Scott is a well-known American politician and businessman serving as the 82nd governor of Vermont since 2017. Being a member of the Republican Party, he was elected governor in the 2016 general election with 53% of the vote. He was then reelected in 2018 by a wider margin. In 2020, he was elected to a third term with a 41% victory margin, the largest in the state’s gubernatorial election since 1996, and the largest for a Republican since 1950.

From 2011 to 2017, he was the 81st lieutenant governor of Vermont. And a state senator representing the Washington County district from 2001 to 2011. He is regarded as one of the nation’s most popular governors and is considered a moderate and is the only Republican elected to a statewide office in Vermont as of 2022.

How Old Is Phil Scott?

He is 64 years old as of November 2022, having been born on August 4, 1958, in Barre, Vermont, U.S. Scott shares his birthdate with celebrities such as; Cole Sprouse, Barack Obama, Dylan Sprouse, Meghan Markle, Lil Skies, and many more.

Who are Phil Scott’s Parents?

He was born to Howard Scott (Father) and Marian DuBois (Mother).

Does Phil Scott have Siblings?

There is no news on the Internet showing whether he has siblings or not. In case there is news regarding this matter, we will update it here as soon as possible.

He received his high school education at Spaulding High School where he graduated in 1976. After graduating from high school, he attended The University of Vermont where he received a Bachelor of Science degree in industrial education in 1980.

He is married to the love of his life Diana McTeague Scott.

He and his wife Diana have two kids. Two daughters by the name of Rachel Scott and Erica Scott.

After graduating from high school, he began working at DuBois Construction, a Middlesex business founded by his uncle. In 1986, he became a co-owner. And is a past president of the Associated General Contractors of Vermont. However, a fire at DuBois Construction caused substantial damage on January 6, 2012, but the owners rebuilt and continued operations. After being elected governor, he sold his share of the company to avoid possible conflicts of interest since DuBois Construction did business with the State of Vermont.

A Career in the Vermont Senate

Being a Republican, in 2000, he was elected to the Vermont Senate, one of three at-large senators representing the Washington County Senate district. He was then reelected four times and served from 2001 to 2011. During his senate career, he was the vice chair of the Transportation Committee and chaired the Institutions Committee. Moreover, he served as a member of the Natural Resources and Energy Committee. Also in his senate career, he served on several special committees, including. The Judicial Nominating Board, the Legislative Advisory Committee on the State House, the Joint Oversight Corrections Committee, and the Legislative Council Committee.

A Career as Lieutenant Governor

On November 2, 2010, he was elected the 81st lieutenant governor of Vermont thus defeating Steve Howard. On January 6, 2011, he took office and was reelected in 2012, defeating Cassandra Gekas and in 2014 defeating Dean Corren. In this position, he presided over the Vermont Senate when it was in session. And he served as a member of the committee on committees. As a state senator and lieutenant governor, he was active with a number of community service projects. He then founded the Wheels for Warmth program in 2005. The program bus used car tires and resells safe ones with the profits going to heating fuel assistance programs in Vermont.

He went on to maintain a high name recognition in September 2015, and favourability among Vermont residents.

A Career in the National Lieutenant Governors Association

He was an active member of the NLGA (National Lieutenant Governors Association) and served on the NLGA Executive Committee and the NLGA Finance Committee. Being a member of the NLGA, in 2014 and 2015 he joined fellow lieutenant governors across the country in two bipartisan letters opposing proposed cuts to the Army National Guard. Moreover, he was a lead sponsor of an NLGA resolution to develop a long-term vision for surface transportation in the U.S.

A Career as Governor of Vermont

A Career in the 2016 Campaign for Governor

He announced his candidacy for Vermont governor in September 2015. An early 2016 poll conducted by the Castleton University Polling Institute and commissioned by Vermont Public Radio, found that of the two candidates for the Republican nomination for governor, Scott was preferred by 42% of respondents compared to 4% for Bruce Lisman. In late June 2016, a poll commissioned by Energy Independent Vermont indicated that Scott had the support of 68% of Republicans to Lisman’s 23%. Scott was then endorsed on May 8, 2016, by nearly all of Vermont’s Republican legislators. In the 2016 presidential campaign, he did not support Donald Trump. He then went on and defeated Lisman in the primary election by 21% points held on August 9. In the November general election, he defeated Sue Minter, the Democratic nominee by 8.7% points.

He announced on April 13, 2017, a $150 million settlement in the ongoing case of alleged fraud relating to the Jay Peak and Burke Mountain EB-5 developments.

He signed a bill requiring all Vermonters to have health insurance, thus making Vermont among a few states implement such a policy after the federal repeal of the individual mandate provision of the Affordable Care Act. However, he was criticized in April 2012, because of implementing a race-based COVID-19 vaccination schedule. In response, he released a statement considering what he called “a racist response” to the plan.

In 2016, he outlined the transportation priorities he would implement as governor. This included strengthening the link between economic growth and Vermont’s infrastructure; oppose additional transportation taxes including a carbon tax. Oppose accumulates additional state debt for transportation, and encourages innovation in transportation by implementing a Research and Development (R&D) tax credit and an Agel Investor tax credit.

Scott od pro-choice and in June 2019 he signed into law an abortion rights bill.

He supports same-sex marriage. And thus he signed into law a gender-neutral bathroom bill intended to recognize the rights of transgender people.

He vetoed a bill on May 24, 2017, a bill that would have legalized marijuana recreationally in Vermont. He announced in October 2020, he would not veto another bill to legalize recreational marijuana use, thus allowing the bill to become law without his signature. As governor, he went on and created an Opioid Coordination Council, appointed a director of drug policy and prevention, and convened a statewide summit on growing the workforce to support opioid and substance abuse treatment.

Phil Scott’s Salary and Net Worth

News on the internet shows that he has a base salary of $184,100 and an estimated net worth of between $1 and $5 million. 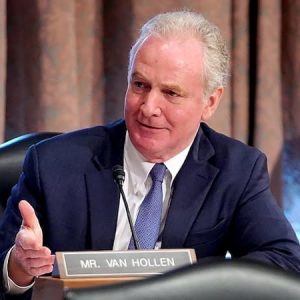