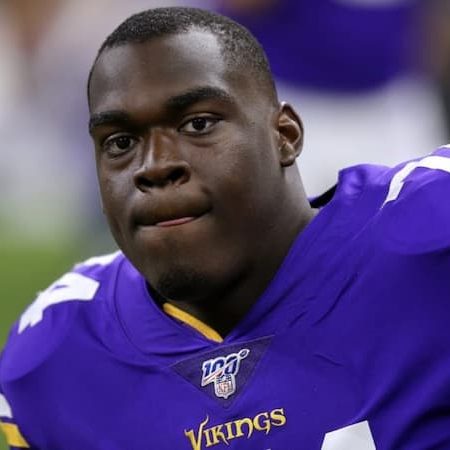 This article will answer every question you have about Oli Udoh. Below are some of the frequently asked questions about him.

Who is Oli Udoh?

Olisaemeka Udoh abbreviated as Oli Udoh is a professional American football guard for the Minnesota Vikings of the NFL (National Football League). While at college, he played college football at Elon and was drafted in the sixth round, 193rd overall in the 2019 NFL Draft by the Vikings.

How Old Is Oli Udoh?

He is 25 years old as of October 2022, having been born on February 14, 1997, in Fayetteville, North Carolina, U.S. Udoh shares his birthdate with celebrities such as; Tati Westbrook, Karol G, Jessii Vee, Justina Valentine, ImJayStation, and many more.

Who are Oli Udoh Parents?

He was born to Benjamin Udoh (Father) and Rita Udoh (Mother).

Does Oli Udoh have Siblings?

He started playing football as a defensive lineman before transitioning to the offensive side of the ball as a senior at Terry Sanford High School. After helping the program reach the playoffs for the second consecutive year, he earned second-team Cape Fear Region honors. In both 2012 and 2013, he was an NCHSAA student-athlete honoree and also lettered in track and field in his final season, recording a top throw of 44’5″ (13.54m) in the shot put.

In 2014, after taking a redshirt year, he never missed a game with a total of 45 starts throughout his college career at Elon. In both 2015 and 2016, he was named to the CAA Football Academic All-Conference Team. He then earned a spot as a Phil Steel FCS First Team All-American in 2018 and was invited to the NFLPA Collegiate Bowl.

Oli Udoh’s Salary and Net Worth