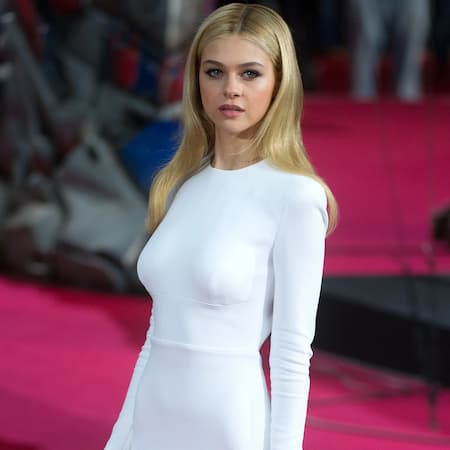 Who is Nicola Peltz?

Nicola Anne Peltz is a remarkable American heiress and actress. She is best known for her role as Bradley Martin in the A&E drama series Bates Motel. She starred as Tessa Yeager in Transformers: Age of Extinction in 2014.

How Old Is Nicola Peltz?

She is 27 years old as of April 2022, having been born on January 9, 1995, in Westchester County, New York, U.S. Nicola shares her birthdate with celebrities such as; Brent Rivera, Blake Gray, Nina Dobrev, Wengie, Damaury Mikula, and many more.

Who are Nicola Peltz’s Parents?

She was born to Nelson Peltz (Father born on June 24, 1942) an American billionaire businessman and investor. And Claudia Heffner Peltz (Mother) a former model.

Does Nicola Peltz have Siblings?

She has seven siblings, six brothers, and one sister. Her brothers names are Mathew Peltz, Will Peltz, Brad Peltz, Diesel Peltz, Zachary and Gregory Peltz. Her sisters’ name is Brittany Peltz.

She received her education at Rye County Day School and Professional Children’s School.

She made her film debut as Mackenzie in the Christmas comedy Deck the Halls (2006). The following year in 2007, she appeared in a Manhattan Theatre Club production of Blackbird. Later she co-starred as Becki in the comedy film Harold (2008) and appeared in June 2008 in the music video for Miley Cyrus‘ single “7 Things”. Two years later, she was in the fantasy adventure film The Last Airbender (2010) directed by M. Night Shyamalan portraying Katara.

She began appearing as part of the main cast in the A&E drama-thriller series Bates Motel in 2013. There, she portrayed Bradley Martin, a love interest for the young Norman Bates. Following the second episode of the second season, Nicola left the main cast but returned later as a guest star for the final three episodes of the third season. In 2014, she starred as Tessa Yeager, in the fourth Transformers film Transformers: Age of Extinction. Also that same year, she appeared as Kate Miller in the teen drama film Affluenza. At Paris Fashion Week in October 2015, she walked the runway for Alexander Wang’s last fashion show for Balenciaga. In 2016, she then joined the cast of the dark comedy film Youth in Oregon, playing Annie Gleason.

In February 2016, she appeared in the music video for Zayn Malik‘s single “It’s You”. She was cast as Chrissy Monroe in the Hulu drama series When the Street Lights Go On, based on a Black List script of the same name. Peltz appeared in Alex Pettyfer’s directorial debut film Back Roads and starred alongside Thomas Mann in the sci-fi film Our House, directed by Anthony Scott Burns. In the drama The Obituary of Tunde Johnson, she co-starred as Marley Meyers 2019. And in 2020 portrayed Felicity in the romantic comedy Holidate.

Nicola Peltz’s Salary and Net Worth

Her annual income is over $25 million and has a net worth of $50 million.