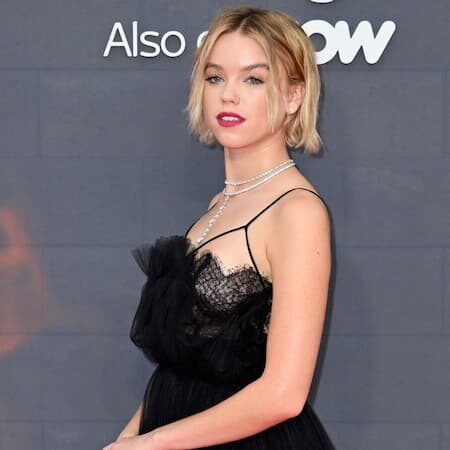 This article will answer every question you have about Milly Alcock. Below are some of the frequently asked questions about her.

Who is Milly Alcock?

Amelia May Alcock is a famous Australian actress. She earns an AACTA nomination for her performance in the Foxtel comedy-drama Upright from 2019–2022. She made her international debut as young Rhaenyra Targaryen in the HBO fantasy series House of the Dragon in 2022. For the role, Alcock was nominated for a Critics’ Choice Television Award for Best Supporting Actress in a Drama Series. Alcock was called a 2018 rising star by the Casting Guild of Australia (CGA).

Alcock made her television debut as a teenager in a 2014 episode of the Network Ten romantic comedy Wonderland. She appeared in commercials for NBN, Cadbury, KFC, and Woolworths. She starred on the Disney Channel in Australia from 2015 to 2017, presenting on the short-form series B.F. Chefs and Hanging With. In 2017, Alcock landed her 1st named role as Isabella Barrett in the web miniseries High Life alongside Odessa Young and Cindi Jackson in the 3rd and final series of the ABC Television drama Janet King.

Alcock played Maya Nordenfelt in the Showcase drama Fighting Season the following year. She also appeared in the 6th and final series of A Place to Call Home as Emma Carvolth, the Netflix series Pine Gap as Marissa Campbell, and the ABC series Les Norton as Sian Galese. Alcock appeared in her first feature film The School in 2018.

Alcock began starring in the Foxtel comedy-drama series Upright as runaway teenager Meg, hitchhiking across 2,000 miles of the Australian outback in 2019. A contributing factor to her being presented with a Casting Guild of Australia Rising Star Award 2018. Alcock was nominated for Best Comedy Performer at the 10th AACTA Awards, making her one of the youngest nominees in the category for her performance. Alcock backed for Upright’s 2nd series in 2022. She has also had supporting roles as Jenny McGinty and Sam Serrato in the series The Gloaming and Reckoning respectively.

It was revealed Alcock had been cast as young Princess Rhaenyra Targaryen (later played by Emma D’Arcy) in the 2022 HBO fantasy series House of the Dragon in July 2021. A Game of Thrones prequel and adaptation of George R. R. Martin’s fictional history book Fire and Blood.

She garnered critical acclaim and was considered a highlight; Daniel van Bloom for CNET wrote: “the shining star of House of the Dragon’s opening episodes is surely Milly Alcock as Rhaenyra. She’s got an enchantingly expressive face — a simple squinting of the eyes or a pursing of the lips can betray the range of emotions that accompany king’s court politics.” For the role, Alcock earns a nomination for the Critics’ Choice Television Award for Best Supporting Actress in a Drama Series.

How old is Milly Alcock?

Alcock is currently aged 22 years old as of 2023, having been born on April 11, 2000, in Sydney, New South Wales, Australia. He shared his birthdate with celebrities including Sebastian Moy, Maddie Lambert, Brandon Westenberg, Toddy Smith, Josh Brueckner, and many more.

Who are Milly Alcock’s Parents?

Alcock was born and raised in Sydney, New South Wales, Australia to his parents Emma Alcock and father, Mr. Alcock. Her father was an architect while her mother is a sales operations manager who has worked with different firms in the e-commerce and finance sectors in Australia.

Does Milly Alcock have Siblings?

She was born into a family of three children, she has two siblings who are Eddy Alcock and Bertie Alcock

Alcock joined the local Newtown Stanmore Public School High School where she studied performing Arts. In 2018 when she was cast in the movie, Upright, Milly dropped out of school.

Alcock is not married yet, but she is in a relationship with Ari Kwasner-Catsi were rumored to be together since 2019.

She is not married yet, and Alcock does not have any children of her own date.

Alcock is an Australian actress who has a net worth of $2 million as of 2023.