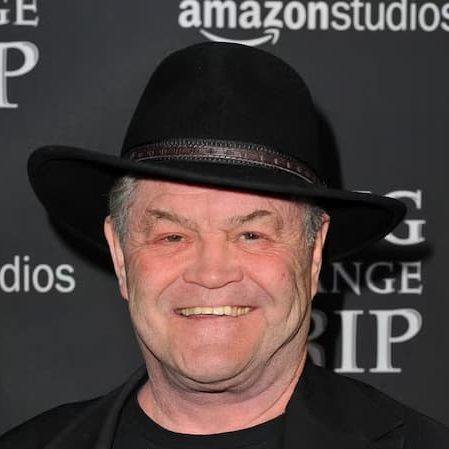 This article will answer every question you have about Micky Dolenz. Below are some of the frequently asked questions about him.

Who is Micky Dolenz?

George Michael Dolenz Jr. abbreviated as Micky Dolenz is an American eminent actor, musician, TV producer, and businessman. He is notably known as the vocalist and drummer for the 1960s pop-rock band the Monkees (1966 to 1970) and a co-star of the TV series The Monkees (1966 to 1968). Following the death of Michael Nesmith in 2021, Micky is the only surviving member of the band.

How Old Is Micky Dolenz?

He is 77 years old as of September 2022, having been born on March 8, 1945, in Los Angeles, California, U.S. Micky shares his birthdate with celebrities such as; Kit Connor, Brooke Butler, Natalie Alzate, Keemstar, Cole Galotti, and many more.

Who are Micky Dolenz Parents?

Does Micky Dolenz have Siblings?

He received his high school education at Ulysses S. Grant High School where he graduated in 1962. After high school, he attended Los Angeles Valley College and The Open University.

A Career as a Circus Boy

In 1956, he began his show-business career when he starred in a children’s TV show called Circus Boy under the name Mickey Braddock. At the start of the 20th century, he played Corky, an orphaned water boy for the elephants in a one-ring circus.

In the early-to-mid-1960s, he had his own rock band called “Micky and the One-Nighters” with himself as the lead singer. Already he had begun to write his own songs. In 1965, he recorded two 45s that went unreleased until the Monkees’ success in 1967.

A Career with The Monkees

He was cast in the television sitcom The Monkees in 1967 and became the drummer and lead vocalist in the band created for the show. However, he was not a drummer and thus needed lessons to be able to mime credibly but eventually was taught how to play properly. Moreover, Micky has written a few of the band’s self-penned songs most prominently “Randy Scouse Git” from the album Headquarters.

And has provided the lead vocals for hits such as “Last Train to Clarksville”, “Pleasant Valley Sunday”, and “I’m a Believer”. Moreover, he also directed and co-wrote the show’s final episode. After Davy Jones’s death in 2012, Tork’s in 2019, and Nesmith in 2021, he is the last surviving member of the Monkees. And is the only member of the Monkees who was part of every lineup from the band’s inception. Moreover, he is the only member with contemporary recordings of his vocals on all studio albums.

In 1971, he composed a song entitled “Easy on You” and began recording it in his home studio, playing acoustic guitar and drums and using the Moog like a keyboard. The next song he had written was titled “Oh Someone” with him on drums and vocals, Tork on bass, and Price on rhythm guitar. With these two songs recorded, he contacted Mike Curb (his former high school friend) then the head of MGM Records. And after playing the songs for Mike, he immediately was signed to MGM. Therefore he has recorded and released songs for MGM for about three years. However, with no chart successes to date, by early 1974, he headed to England, and with Tony Scotti, he cut four songs for MGM. This included two classics, “Splish Splash” and “Purple People Eater” as well as “I Hate Rock and Roll” and a new song “Wing Walker”.

A Career in other Notable Stage Work

He and his former bandmate Davy Jones, performed in a stage production of the Harry Nilsson musical The Point! in 1977, at London’s Mermaid Theatre. The next year, he and Jones proved so strong that the show was revived with Nilsson inserting additional comedy for the two plus two more songs. In June 2006, he played Charlemagne at the Goodspeed Opera House for the revival of the musical Pippin in East Haddam, Connecticut. He went on to play the role of Zoser in the Broadway production of Elton John and Tim Rice’s Aida in the mid-200s.

After Monkees television and Film Career

After The Monkees television show ended, Micky continued to perform providing voice-overs for a number of Saturday-morning cartoon series. This included The Funky Phantom, Partridge Family 2200 A.D., The Scooby-Doo Show, Butch Cassidy, and the Sundance Kids, These Are the Days, Devlin, and Wonder Wheels (from The Skatebirds). In addition to providing voice work, he provided the voice of Arthur in the first season of the animated series, The Tick. In 1972, he played Vance in the murder mystery film Night of the Strangler. And was featured in an episode of Adam-12 titled “Dirt Duel”.

In a radio interview in September 2006, he reported that he was the current voice of Sniggle the Fabric Softener Bear at that time. He then returned to providing voice-over work in 2017, by providing the voice of Wendell the Love Grub. He and Nesmith auditioned for the role of Arthur “The Fonz” Fonzarelli on Happy Days. However, neither of them was selected due to both of them being taller (6ft 1in) than lead actor Ron Howard (Richie Cunningham) who is 5ft 9in tall. Next, he acted in Linda Lovelace for President in 1975, starring Linda Lovelace.

From 1994 to 1995, he played in two episodes of the sitcom Boy Meets World. In 1995 also, he joined Davy Jones and Peter Tork in episode eight of the third season (entitled “Ravy On”). In 2007, he appeared as Derek Allan, in Rob Zombie’s remake of Halloween. On January 29, 2011, he appeared alongside Debbie Gibson and Tiffany in the Syfy Channel movie Mega Python vs. Gatoroid. He then had a cameo as himself on February 21, 2015, in the Adult Swim TV special Bagboy.

A Career in Directorial Work

In addition to music and acting, he produced and directed the British television sitcom Metal Mickey in 1980. The next year, he directed a short film based on the sketch “Balham, Gateway to the South” with Robbie Coltrane playing multiple roles. From 1983 to 1984, he was the producer of the show Luna.

A Career at WCBS-FM

Micky replaced Dan Taylor on January 10, 2005, as the morning disc jockey at oldies radio station WCBS-FM in New York. He then celebrated his 100t show on June 3, 2005, with a special morning show at B.B. King’s. This would also mark his last regular show at the station at 5:00 pm. And WCBS-FM announced that the station would replace its oldies format with a “Jack” format. Thus eliminating the need for on-air disc jockeys. However, eventually, WCBS-FM returned to its oldies format on July 12, 2007. With Taylor re-assuming his role as the morning disc jockey the following day.

A Career in Solo work and further Monkees Reunions

In 2009, Micky signed a deal to record an album of the classic songs of Carole King titled Kings for a Day. The album was produced by Jeffrey Foskett and released on Gigitone Records. As of February 2010, he was appearing on stage in London in Hairspray with Michael Ball. And the show went on tour and had a successful run in Dublin, Ireland in November 2010. The next year, Micky rejoined Tork and Jones for An Evening with The Monkees: The 45th Anniversary Tour. In February 2012 after Jones’ sudden death, Micky and Tork reunited with Michael Nesmith for a 12-concert tour of the United States as a tribute.

Thus the three remaining Monkees toured again in 2013 and 2014. Whereas Micky toured as a duo with Tork in 2015 and 2016. In 2019, following Tork’s death, Micky toured with Nesmith as “The Mike and Micky Show” 2018 and 2019. He and Nesmith announced on May 4, 2021, “The Monkees Farwell Tour” which was the last for the group. And the tour consisted of 40 US dates from September to November. On November 14, 2021, the final show was held at the Greek Theatre in Los Angeles, California. On May 21, 2021, Micky released a solo album, Dolenz Sings Nesmith. Featuring songs written by Nesmith and produced by Christian Nesmith.

A Career in Other Tours

Micky Dolenz’s Salary and Net Worth

His salary is not mentioned on the internet but has a net worth of $9 million.