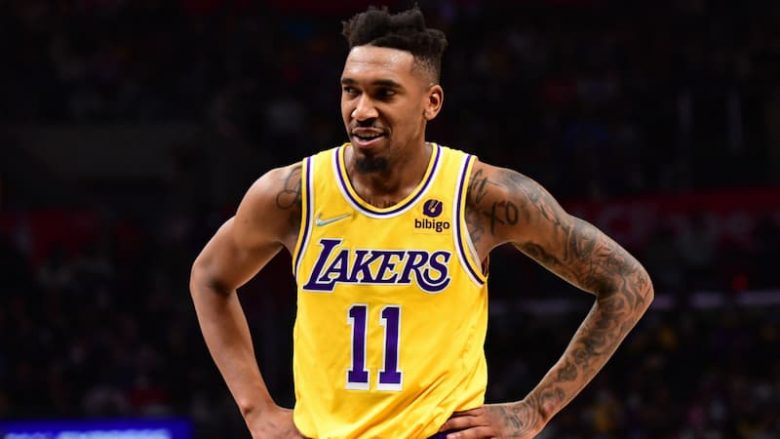 This article will answer every question you have about Malik Monk. Below are some of the frequently asked questions about him.

Who is Malik Monk?

Malik Ahmad Monk is a popular American professional basketball player for the Sacramento Kings of the National Basketball Association (NBA). He played one season of college basketball for the Kentucky Wildcats, receiving consensus second-team All-American honors in 2017. Monk was selected in the 1st round of the 2017 NBA draft by the Charlotte Hornets with the 11th overall pick. He has also played for the Los Angeles Lakers.

He averaged 22.8 points, 4.6 rebounds, and 2.7 assists per game while leading them to a (25-8) overall record and an appearance in the Class 2A state championship game as a freshman. Following his freshman season, Monk transferred to Bentonville High School in Bentonville, Arkansas. He averaged 26.6 points per game in his junior year.

In the spring and summer of 2015, Monk competed for the Amateur Athletic Union (AAU) team, Arkansas Wings Elite, on the Nike Elite Youth Basketball Circuit (EYBL) where he averaged 19.7 points per game. He then competed on the 2015 Nike Global Challenge for the East team, where he averaged 22 points, 12 rebounds, and four assists in addition to earning Tournament MVP honors.

On November 18, 2015, Monk committed to Kentucky, choosing the UK over Arkansas. As a senior, he averaged 28.6 points per game, 4.4 assists per game, and 7.6 rebounds per game. In 2016, Monk played in the 2016 McDonald’s All-American Game and Jordan Brand Classic where he earned Co-MVP honors alongside Kentucky teammate De’Aaron Fox.

Monk played his final high school game, scoring 19 points in a 59–49 loss in the 7A state championship to Cabot High School on March 11, 2016. Monk was a consensus 5-star prospect and ranked as 1 of the best players in the 2016 class by the 4 main recruiting services: Rivals, ESPN, Scout, and 247 Sports. He was ranked as the No.9 overall player and No.1 shooting guard in the 2016 high school class.

On January 31, 2017, he scored 37 points against Georgia Bulldogs. On February 25, 2017, Monk tallied 33 points in a 76–66 victory over Florida. Since February 28, 2017, Monk scored 27 points in a 73–67 victory over Vanderbilt. At the end of his freshman season, Monk was called SEC Player and Freshman of the Year, while also being called to both 1st-team All-SEC and the SEC All-Freshman team.

At the conclusion of his freshman season, Monk revealed that he would forgo his final three years of collegiate eligibility and enter the 2017 NBA draft where he was projected as a 1st round selection.

How old is Malik Monk?

Monk is aged 24 years old as of 2022, having been born on February 4, 1998, in Jonesboro, Arkansas, U.S. He shares his birthday with famous people including lice Cooper, Bashy · Carly Patterson, Charlie Barnett, Clint Black, Dan Quayle, Gabrielle Anwar, Gavin DeGraw and many more.

Who are Malik Monk’s Parents?

Monk was born and raised in Jonesboro, Arkansas, U.S. to his parents Michael Scales and Jacanlene Monk

Does Malik Monk have Siblings?

Monk was born into a family of two children. He has one sibling namely Marcus Monk, who played wide receiver in professional American football and basketball in the past.

Monk joined East Poinsett County High School in Lepanto, Arkansas for his freshman year. He then went to the University of Kentucky from 2016 to 2017.

Malik Monk is currently single. His girlfriend or wife is unknown to the general public. He is in a private relationship.

Monk is married yet, he does not have any children of his own date.

Within his rookie season, Monk was assigned to the Hornets’ NBA G League affiliate, the Greensboro Swarm, for one game. He scored 25 points, collected eight rebounds, and recorded 4 assists in a December 26, 2017 game. On February 26, 2020, Monk was suspended indefinitely for violating the NBA’s substance use policy. Before the suspension, Monk was averaging 10.3 points and 2.9 rebounds per game. He was reinstated on June 8, following it was determined he was in compliance with the anti-drug program. Monk scored a then career-high 36 points in a 129–121 overtime victory over the Heat on February 1, 2021.

Monk signed a two-year, $19 million contract with the Sacramento Kings on July 6, 2022.

Monk is an American professional basketball player for the Sacramento Kings of the National Basketball Association (NBA). Who has a net worth of $10 million as of 2022.