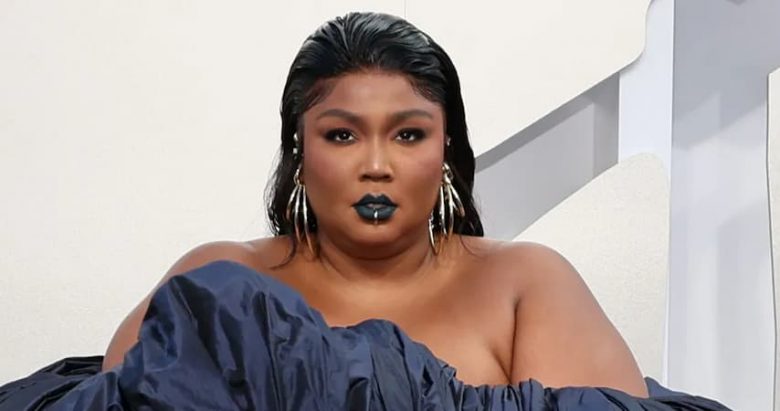 This article will answer every question you have about Lizzo. Below are some of the frequently asked questions about her.

Melissa Viviane Jefferson professionally known as Lizzo is an American well-known singer, rapper, flutist, and songwriter. Being born in Detroit, Michigan, she later moved to Houston, Texas where she performed before moving to Minneapolis where she began her recording career in hip hop music. Before signing with Nice Life and Atlantic Records. She released two studio albums—Lizzobangers (2013) and Big Grrrl Small World (2015). Her first major-label EP, Coconut Oil was released in 2016.

In 2019, she attained mainstream success with the release of her third studio album, Cuz I Love You, and peaked inside the top five of the singles “Juice” and “Tempo”. The deluxe version of the album included her 2017 single “Truth Hurts” which became a viral sleeper hit, two years after its initial release. Thus it topped the US Billboard Hot 100 and became the longest-leading solo song by a female rapper. Her 2016 single “Good as Hell” also climbed the charts reaching the top ten on the Billboard Hot 100 and UK Singles Chart.

At the 62nd Annual Grammy Awards, she received eight nominations the most for any artist that year. This included nominations for each of the “Big Four” categories, and eventually won the awards for Best Urban Contemporary Album, Best Pop Solo Performance for “Truth Hurts”, and Best Traditional R&B Performance for the song “Jerome”. In 2021, she released the single “Rumours” featuring Cardi B which debuted in the top five of the Billboard Hot 100. In 2022, her fourth studio album was preceded by its lead single “About Damn Time” which reached No. 1 on the Billboard Hot 100.

Besides singing and rapping, she has worked as an actor. And has served as a voice actor in the animated film UgkyDolls (2019) and appeared in the crime comedy-drama film Hustlers (2019). Moreover, she is the host of the Amazon Prime Video reality television series Lizzo’s Watch Out for the Big Grrrls which earned her a nomination for the Primetime Emmy Award for Outstanding Competition Program. That same year, Time named her “Entertainer of the Year” for her meteoric rise and contributions to music. In addition to her three Grammy Awards, she has also won a Billboard Music Award, a BET Award, and two Soul Train Music Awards.

How Old Is Lizzo?

She is 34 years old as of August 2022, having been born on April 27, 1988, in Detroit, Michigan, U.S. Lizzo shares her birthdate with celebrities such as; Darren Barnet, Markie, Fernanda Villalobos, Froy Gutierrez, and many more.

Who are Lizzo Parents?

She was born to Michael Jefferson (Father, who died in 2009) and Shari Johnson-Jefferson (Mother)

Does Lizzo have Siblings?

She has two elder siblings by the name Mikey Jefferson and Vanessa Jefferson.

She received her high school education at Alief Elsik High School where she graduated in 2006. After high school, she studied classical music concentrating on flute at The University of Houston.

She is currently dating Myke Wright, an actor.

While living in Minneapolis, she performed with groups including the electro soul-pop duo Lizzo & the Larva Ink. On October 15, 2013, her hip-hop-focused debut album, Lizzobangers produced by Lazerbeak and Ryan Olson was released. The album went on to top Star Tribune’s “Twin Cities Critics Tally 2013” list. In the fall of 2013, she toured the US and UK for Har Mar Superstar and additionally sang with his band. She went on to win City Pages’ “Picked to Click” award for best new Twin Cities artist in October 2013. And the following month, Time named her one of 14 music artists to watch in 2014.

Following the release of her first album, she immediately began working on new music. Next, she was featured alongside her Chalice bandmates Sophia Eris and Claire de Lune on the song “BoyTrouble” in September 2014. This was on Prince’s and 3rdEyeGirl’s album Plectrumelectrum. That same year on October 7, she appeared as the musical guest on the Late Show with David Letterman. On December 11, 2015, her second album, Big Grrrl Small World was released. Spin placed the album at No. 17 on the “50 Best Hip-Hop Albums of 2015” list.

She was one of the hosts of MTV’s short-lived 2016 live music performance series Wonderland. After signing with Atlantic Records that same year, on October 7, 2016, she released her first major-label EP, Coconut Oil. On March 8, 2016, “Good as Hell” was released as the lead single from Coconut Oil as part of the soundtrack for the 2016 film Barbershop: The Next Cut. The EP went on to receive positive reviews from music critics. Moreover, Rolling Stone placed it at No.14 on the list of the “20 Best Pop Albums of 2016”.

And the EP peaked at No. 44 on US Top R&B/Hip-Hop Albums thus making it Lizzo’s first release to chart. To promote the EP, she embarked on the Good as Hell Tour in 2017. After struggling with body issues at an early age, she became an advocate for body positivity and self-love as she attracted more mainstream attention. On June 11, 2018, she appeared in ModCloth’s “Say It Louder” campaign. That same month, she sported the first plus-size outfit made for FIT’s Future of Fashion runway show. By Grace Insogna for her performance at NYC Pride’s Pride Island event.

In addition to her musical projects, in 2019, she ventured into acting. This was with a voice performance in the animated film UglyDolls and a supporting part in the crime comedy-drama film Hustlers. On January 4, 2019, “Juice” the lead single from her third studio album was released by Atlantic Records. She announced the next month the title of the album, Cuz I Love You which was eventually released on April 19, 2019. After the release of her album, for the first time, she performed at the Coachella Music Festival. The release of Cuz I Love You, marked a turning point in her career as she began to attract more mainstream attention.

And the album debuted at No. 6 on the Billboard 200 and eventually peaked at No. 4 on the chart, three months after its initial release. Her 2017 single “Truth Hurts” began to gain popularity and was added to the deluxe version of Cuz I Love You. And the single became a viral sleeper hit and in turn increased interest for Cuz I Love You which remained in the top 10 of the Billboard 200 for several months. The single has since become Lizzo’s first number-one hit on the Billboard Hot 100. Because of this reason, she became the third female rapper to top the Hot 100 without a featured artist. And also she became the first Black solo female R&B singer to claim the top spot on the Hot 100 since Rihanna’s 2012 hit “Diamonds”.

On September 9, 2019, Cu I Love You became certified gold by the RIAA with over 500,000 equivalent units sold. In addition to her music career, she is well-known for her ability to play the flute. As she began playing as a child and has continued to improve her flute playing skills into adulthood. In several of her performances, she has performed with her flute which she has named Sasha Flute. This includes when she performed “Truth Hurts” at the 2019 BET Awards. Her performance at the BET Awards earned her a standing ovation from the crown which included Rihanna. She frequently performed throughout the summer of 2019.

Including on the West Holts stage at the Glastonbury Festival and a headliner at the Indianapolis and Sacramento pride festivals. On July 23, 2019, she was nominated for Push Artist of the Year and Best New Artist at the 2019 MTV Video Music Awards. She made her Saturday Night Live debut on the December 21, 2019, episode as a musical guest which Eddie Murphy hosted. At the 2020 Billboard Music Award, she received eleven nominations winning one for Top Song Sales Artist. And the 2020 BET Awards, she became the first act to be nominated in both the R&B/pop and hip-hop artist categories in the same year.

In August 2020 she signed a production deal with Amazon Studios to develop new projects with them. Her first project was an unscripted reality competition series called Lizzo’s Watch Out for the Big Grrrls. Which premiered on March 24, 2022. Lizzo announced on August 2, 2021, the beginning of a “new era” with the song “Rumors” which was released on August 13, 2021. In an interview with Variety, she stated at the time that her upcoming album will be ” a love album”.

In Late 2022, the album was expected to release though, at the time of the interview, Lizzo had not finished it yet. Next, she announced on March 23, 2022, that the single “About Damn Time” was to be released on April 14. After the song’s release, she revealed the title for her fourth album, Special, and announced a release date of July 15. Her fourth studio album Special was released on July 15, 2022, which earned acclaim from music critics upon its release.

Lizzo’s Salary and Net Worth

She has an annual estimated salary of $1.2 million and a net worth of $12 million.