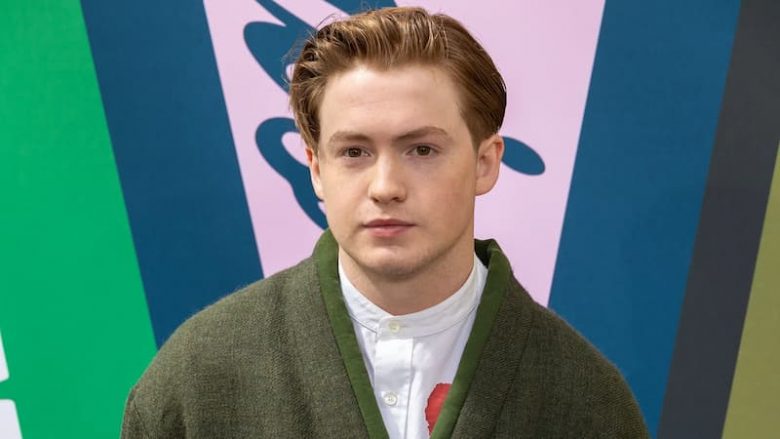 This article will answer every question you have about Kit Connor. Below are some of the frequently asked questions about him.

Who is Kit Connor?

Kit Sebastian Connor is an English prominent actor. His films include Get Santa (2014), Rocketman (2019), and Little Joe (2019). He also had a recurring role on television in the CBBC series Rocket’s Island (2014 to 2015), and a voice role in the BBC One and HBO series His Dark Materials. Moreover, he starred in the 2022 Netflix series Heartstopper as Nick Nelson.

How Old Is Kit Connor?

He is 18 years old as of November 2022, having been born on March 8, 2004, in London, England. Connor shares his birthdate with celebrities such as; Brooke Butler, Natalie Alzate, Keemstar, Cole Galotti, and many more.

Who are Kit Connor’s Parents?

He was born to Richard Connor (Father) and Carline Connor (Mother).

Does Kit Connor have Siblings?

News on the internet shows that he has a brother by the name Ned Connor.

He received his education at Whitgit School where he completed his A Levels in drama, English literature, and history.

On his love life matters, he is seen as a person who hates drama and loves his privacy. He has managed to keep his marriage/dating life low-key thus leaving many with a lot of unanswered questions. In case there is news regarding this matter, we will update it here as soon as possible. However, he came out as bisexual in October 2022 in a Twitter post.

He made his onscreen debut with minor appearances at the age of 8 in Chickens on Sky One, the television film An Adventure in Space and Time, and the soap opera Casualty. In 2014, he starred in the holiday comedy Get Santa as Tom Anderson and as a recurring character Archie Beckles in the CBBC series Rocket’s Island. Next, he recurred as young Petya Rostov in the miniseries War & Peace and as Bob Sheehan in the miniseries SS-GB. He made his stage debut at Donmar Warehouse in Welcome Home.

In 2018, he had roles in the films; Ther Mercy, The Guernsey Literary and Potato Peel Pie Society, Slaughterhouse Rulez, as well as the BBC One television film Grandpa’s Great Escape. Also, he starred as Alexander in the Old Vic Theatre production of Fanny & Alexander. In 2019, he played a teenaged Elton John in the musical film Rocketman and played Joe Woodard in the drama Little Joe. That same year, he began voicing Pantalaimon in the BBC One and HBO fantasy series His Dark Materials.

It was announced in April 2021, that he would star in the Netflix series Heartstopper opposite Joe Locke. The series is an adaptation of the webcomic and graphic novel of the same name by Alice Oseman. Originally, he auditioned for the role of Charlie but ended up cast as the other lead, Nick Nelson. Moreover, he is set to star in an upcoming film adaptation of the novel A Cuban Girl’s Guide to Tea and Tomorrow by Laura Taylor Namey.

Kit Connor’s Salary and Net Worth

His salary is not mentioned on the internet but has an estimated net worth of $5 million.