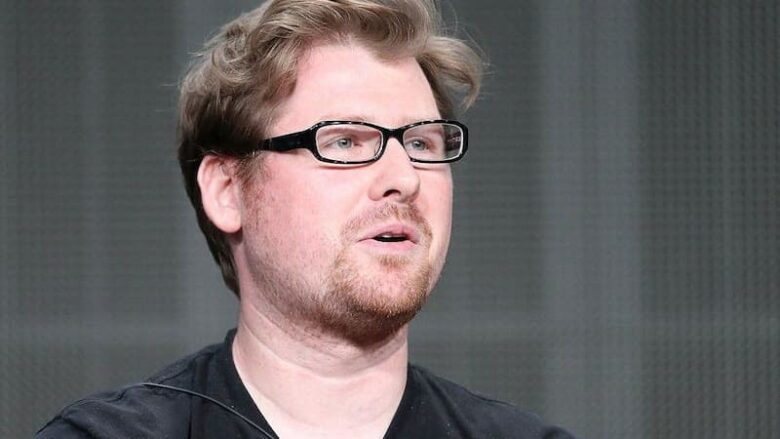 This article will answer every question you have about Justin Roiland. Below are some of the frequently asked questions about him.

Who is Justin Roiland?

Mark Justin Roiland is a famous American voice actor animator, Writer, Producer, and director. He is best known as the co-creator of Adult Swain’s Rick and Morty and its subsequent franchise. He voices the show’s titular characters, Rick Sanchez and Morty Smith. Roiland is the co-creator of Hulu’s Solar Opposites, in which he voices the main character, Korvo. He has also played Earl of Lemongrab on Adventure Time, Blendin Blandin on Gravity Falls, and Oscar on Fish Hooks. He founded the animation studio Justin Roiland’s Solo Vanity Card Productions! and the video game studio Squanch Games.

He got involved with Channel101, an L.A. media collective started by Dan Harmon and Rob Schrab. Where he made and acted in numerous movie shorts (such as 2 Girls One Cup. The Show, House of Cosbys, and a small role as musician Christopher Cross in the series Yacht Rock) and in the VH1 television show Acceptable TV. He appeared regularly on The Sarah Silverman Program on Comedy Central as “Blonde Craig”. From 2010 to 2016. He co-hosted The Grandma’s Virginity Podcast with future Rick and Morty writer. Ryan Ridley, and future Steven Universe producer, Jackie Buscarino.

Adult Swim approached Harmon to produce a new animated series for their network in 2012. Harmon approached Roiland and together. They created Rick and Morty which debuted in 2013 to widespread acclaim. The show quickly grew a fan community as audiences praised the show for its unique storytelling and incorporation of science-fiction elements.

Roiland voices Rick Sanchez and his grandson Morty Smith. In addition to the voice work. Roiland serves as a co-writer and executive producer alongside Dan Harmon. By the end of season 1. Rick and Morty became one of the most successful shows Adult Swim ever produced. The success of Rick and Morty spearheaded an entire franchise around it.

Various Rick and Morty-themed merchandise has been produced and sold. In addition to the show, Rick and Morty maintain an app called “Pocket Mortys”. On August 25, 2016, Roiland launched the virtual reality studio Squanchtendo. A portmanteau of the company Nintendo and the Rick and Morty character Squanchy. It was later renamed Squanch Games. On December 19, 2017, its 1st full-length title, Accounting+. Made in collaboration with William Pugh’s studio, was launched for PSVR.

Roiland offered over a dozen artworks in his 1st NFT art collection, titled “The Best I Could Do” in January 2021. His highest-selling piece was his Simpson’s homage The Smintons. Which sold at $290,100. The collection sold for a total of $1.65 million. Roiland also sold his 1st painting, titled Mypeoplefriend, via auction by Sotheby’s in July 2021.

How old is Justin Roiland?

Roiland is currently aged 42 years old as of 2023, having been born on February 21, 1980, in Manteca, California, U.S. He shared his birthdate with celebrities such as Lauren Godwin, Chunkz, Alan Rickman, Sophie Turner, Marcus Gunnarsen, and many more.

Who are Justin Roiland’s Parents?

Roiland was born and raised in Manteca, California, U.S. to Jewish parents. He is the son of Mark Roiland and Rebecca Roiland. There is not enough information about his parents.

Does Justin Roiland have Siblings?

Roiland was born into a family of two children, he has only one sister named Amy Roiland who is a fashion designer.

Roiland is not married and currently single. In 2013, he started his relationship with Abi Lyn Maley. It is rumored that they have already separated.

Roiland does not have any children. There is no information available confirming whether he has any children or not.

Justin Roiland is an American voice actor, animator, producer, writer, and director who has a net worth of $4 million as of 2023.