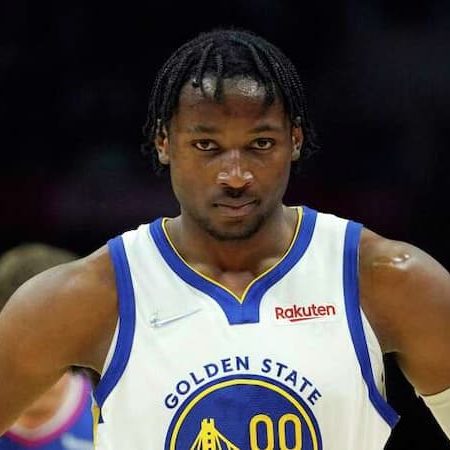 This article will answer every question you have about Jonathan Kuminga. Below are some of the frequently asked questions about him.

Who is Jonathan Kuminga?

Jonathan Malangu Kuminga is a professional Congolese basketball player for the Golden State Warriors of the NBA (National Basketball Association). As a consensus five-star recruit and the top small forward in the 2021 class, he chose to forgo his college eligibility and reclassify to the 2020 class in order to join the NBA G League Ignite. He was selected in the 7th overall pick in the 2021 NBA draft by the Warriors. During his rookie season, he won an NBA championship with the team.

How Old Is Jonathan Kuminga?

He is 20 years old as of October 2022, having been born on October 6, 2002, in Goma, DR Congo. Jonathan shares his birthdate with celebrities such as; Addison Rae, Jordan Matter, Ryan’s World, LeBron James Jr., Prymrr, and many more.

Who are Jonathan Kuyminga Parents?

He was born to Didier Kuminga (Father) and Brigitte Kapinga (Mother).

Does Jonathan Kuminga have Siblings?

News on the internet shows that he has three siblings. One of his sibling’s name is Joel Ntambwe (born on October 17, 1998) a basketball player.

He played basketball for Huntington Prep School as a freshman. For his sophomore season, he transferred to Our Savior New American School where he averaged 25 points, 5 rebounds, and 5 assists per game. In January 2019, he was named most valuable player of the Slam Dunk to the Beach showcase after scoring 40 points, a single-game record at the event in a loss to Gonzaga College High School. Because of his exemplary performance, he earned MaxPreps National Sophomore of the Year honors. After the season, he averaged 20.8 points, 5.2 rebounds, and 3.3 assists per game for the NY Rens at the Nike Elite Youth Basketball League.

There he faced many players older than him. In a game against the Texans Titans, he scored 43 points, shooting 7 of 11 from three-point range. The Texan Titans featured top recruits Cade Cunningham and Greg Brown. For his junior season, he transferred to The Patrick School. He made his season debut on December 23, 2019, scoring 20 points in a win over Roselle Catholic High School. This was after him having been ruled ineligible for 30 days by the New Jersey State Interscholastic Athletic Association due to transfer rules. However, he suffered an ankle sprain on January 3, 2020, that sidelined him for a month. Overall as a junior, he averaged 16.23 points, 5.5 rebounds, and 3.7 assists per game.

As a high school sophomore, he emerged as one of the best recruits in the 2021 class. He reclassified to the 2020 class and announced on July 15, 2020, that he would bypass college basketball and join the NBA G League Ignite over offers from Texas Tech, Auburn, Duke, and Kentucky, among other college programs. At the end of his high school career, he was a consensus five-star recruit and the best small forward in the 2020 class. Also, he was considered the third-best player in his class by Rivals.com and the 4th best by 247Sports.com and ESPN after reclassifying.

A Career with the Golden State Warriors (2021 to Present)

He was drafted by the Golden State Warriors as the 7th pick in the 2021 NBA Draft. On August 3, 2021, he signed with the Warriors. That same year on October 30, he made his NBA debut in a 103-82 win over the Oklahoma City Thunder where he put up three points and one steal. In his first career start on December 18, he put up a career-high 26 points in a 119-100 loss to the Toronto Raptors.

Overall, he ended his rookie season as an NBA champion after the Warriors defeated the Boston Celtics in the 2022 NBA Finals. A National team Career In addition to playing basketball at the club level, he also has played internationally. He joined the DR Congo men’s national basketball team in August 2022, for the African 2023 World Cup qualifiers. On October 26, 2022, he scored a team-high 18 points along with 6 rebounds for Congo in a 69-71 loss to Cameroon.

Jonathan Kuminga Salary and Net Worth