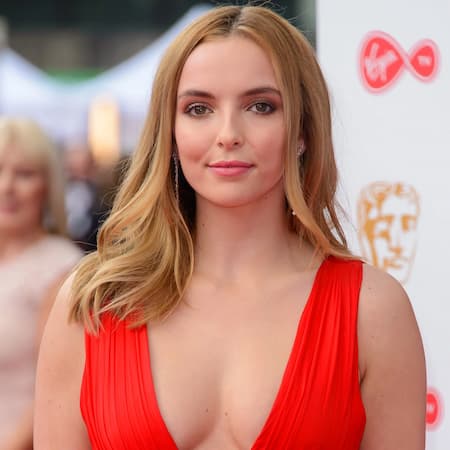 This article will answer every question you have about Jodie Comer. Below are some of the frequently asked questions about her.

Who is Jodie Comer?

Jodie Marie Comer is a famous English actress. She plays in the British drama spy thriller Killing Eve as Oksana Astankova/ Villanelle (2018-present). Jodie has received critical acclaim and has won the Primetime Emmy Award for Outstanding Lead Actress in a Drama Series and the British Academy Television Award for Best Actress.

Her other roles include Chloe Gemmell in the E4 comedy-drama series “My Mad Fat Diary” (2013-2015). As Kate Parks in the BBC One drama series Doctor Foster (2015-2017). Ivy Moxam in the BBC Three drama ministries Thirteen (2016)
She also has roles in, Elizabeth of York in the Starz historical miniseries The White Princess (2017), and Sarah in the Channel 4 television film Help (2021). Jodie’s major film roles include Millie Rusk/ Molotov Girl in Free Guy (2021), and Marguerite de Carrouges in The Last Duel (2021).

How Old is Jodie Comer?

She is 28 years old as of February 2022, having been born on March 11, 1993, in Liverpool, Merseyside, England. Comer shares her birthdate with celebrities such as WillNE, SwagBoyQ, Callux, Grace Sharer, Mark Rober, and many more.

Who are Jodie Comer’s Parents?

She was born to Jimmy (Father) and Donna (Mother)

Does Jodie Comer have Siblings?

She has a younger brother by the name of Charlie Comer, who is two years younger than her.

She received her high school education at Saint Julie’s Catholic High School. While in high school at the age of 11, she acted at a local weekend drama school called CALS in Belle Vale.

She is currently dating James Burke. They began dating in May 2019.

She doesn’t have any children. In case of new news regarding this matter, we will update it here as soon as possible.

In 2008, she began her professional career with a guest role on an episode of The Royal Today, a spin-off series of the medical drama series “The Royal”. Comer then made appearances in series such as; Waterloo Road, Holby City, Doctors, Silent Witness, Casualty, Law & Order: UK, Vera, and Inspector George Gently. Jodie appeared in the 2015 adaptation of Lady Chatterley’s Lover, a television film broadcast on BBC One. She appeared in the BBC miniseries Rillington Place in December 2016, as Beryl Evans one of serial killer John Christie’s victims. Comer was listed as one of Screen International’s “Stars of Tomorrow” in 2016, in association with the BFI London Film Festival. In 2017, Jodie made her feature film debut as Christine in the Morrissey biopic England Is Mine.

Comer starred in the BBC spy thriller series Killing Eve as Villanelle in April 2018. For her portrayal of Villanelle, she has been nominated for two Primetime Emmy Awards for Outstanding Lead Actress in a Drama Series and three British Academy Television Awards for Best Actress, with her winning both in 2019. Jodie was ranked no. 94 on the Radio Times “TV 100” list for 2018.

The Hollywood Reporter included her in their “Next-Gen Talent 2018: Hollywood’s Rising Young Stars” list in November 2018. In the 2019 film Star Wars: The Rise of Skywalker, Comer performed a brief cameo appearing as Rey’s mother in flashbacks. Jodie teamed up with writer Jack Thorne and actor Stephen Graham to star in the Channel 4 drama Help in 2021. Comer’s upcoming project is her West End debut in Suzzie Miller’s play “Prima Facie” at the Harold Pinter Theatre, starting in April 2022 and ending in June 2022.

Jodie Comer Salary and Net Worth

She earns an estimated $1.08 million a year and a net worth of $6 million