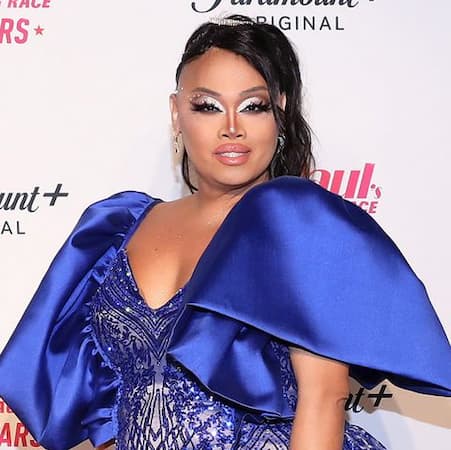 This article will answer every question you have about Jiggly Caliente. Below are some of the frequently asked questions about her.

Who is Jiggly Caliente?

Bianca Castro better known as Jiggly Caliente is a prominent Filipino-American drag performer, singer, and actress. She is notably known for competing on the fourth season of RuPaul’s Drag Race, the sixth season of RuPaul’s Drag Race All Stars, and for her recurring role as Veronica Ferocity on the FX series Pose. On March 9, 2018, she released her debut album, T.H.O.T. Process. In 2020, she co-hosted Translation, the first talk show on a major network hosted by an all-trans cast.

How Old Is Jiggly Caliente?

She is 41 years old as of August 2022, having been born on November 29, 1980, in Laguna, Philipines. Jiggly shares her birthdate with celebrities such as; Salish Matter, Keemokazi, Chadwick Boseman, Laura Marano, Reginae Carter, and many more.

Who are Jiggly Caliente Parents?

According to news on the internet, it shows that she was born to her parents in the Philippines, and she moved to America in 1991 at the age of 10 with her mother. However, nothing mush is said about her father’s or her mother’s names.

Does Jiggly Caliente have Siblings?

According to news on the internet, it shows that she has a brother, whom she moved to America with. However, her brother’s name is not mentioned on the internet.

On her love life matters, she is seen as a person who hates drama and loves her privacy. She has managed to keep her marriage/dating life low-key thus leaving many with a lot of unanswered questions. In case there is news regarding this matter, we will update it here as soon as possible. However, in 2016, she came publicly out as transgender.

There is no information on the internet showing whether she has kids or not. In case there is new news regarding this matter, we will update it here as soon as possible.

On November 13, 2011, she was announced to be one of thirteen contestants in the fourth season of RuPaul’s Drag Race. There, she placed 8th overall after being eliminated in lip sync by seventh placer William. She was in archive footage in the season 5 finale and made an appearance at the season six live finale where she asked a viewer question about Bianca Del Rio. Outside of Drag Race, at the beginning of 2012, she can be seen in the NewNowNext awards.

In 2015, her acting career began when she played a role in the season-two finale of Broad City as a shop owner. Moreover, she was one of thirty drag queens featured in Miley Cyrus’s 2015 VMA performance. The next year, she was in the pilot episode of Search Party. Whereas in 2017, she played a part with fellow Drag Race alumni Bob The Drag Queen, Katya, and Detox in a season finale episode of Playing House. Moreover, she made an appearance as a backup singer in the music video for Bob The Drag Queen and Alaska’s “Yet Another Dig”.

She then played the character Veronica in Pose thus appearing in the 6th and 8th episodes of the first season. Later, she confirmed that she would be back for more episodes of Pose’s second season on Bootleg Fashion Photo Review. She went on to perform as a background dancer in September 2018 behind Christina Aguilera for Opening Ceremony’s Spring 2019 collection alongside other Drag Race alumni. In November 2018, she made an appearance on Saturday Night Live with Drag Race alumn Peppermint as a Drag Queen for the Garmin GP-Yasss sketch.

In 2020, she co-hosted Translation. She was announced on May 26, 2021, to be one of the 13 queens returning for RuPaul’s Drag Race: All Stars Season 6. However, she was eliminated in the 2nd episode placing 12th overall. It has been announced that she will be a judge on Drag Race Philippines.

On March 1, 2018, she released her first single, “Fckboi” on her official Vevo channel. The twelve-track album features Drag Race alumni, Sharon Needles, Peppermint, Alaska, Ginger Minj, Phi Phi O’Hara (credited as Jaremi Carey), and Manila Luzon. Moreover, it features an intro with RuPaul. The album is also the first hip-hop-based record by a Drag Race alumni. On November 30, 2018, the music video for the song “All This Body” premiered and featured Alaska, Minj, and Isis King. Furthermore, Jiggly has been a featured artist for the first three volumes of the drag Race Christmas Queens albums. On December 9, 2015, the music video for “Ratchet Christmas” from the first volume was uploaded. In addition, she has contributed to the compilation album Christmas Queens 3 (2017).

Jiggly Caliente Salary and Net Worth

Her salary is not mentioned on the internet and has an estimated net worth of $1.5 million.