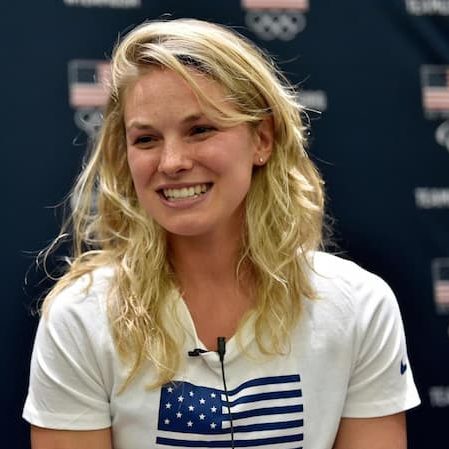 Who is Jessie Diggins?

Jessica Diggins (Jessie Diggins) is an American professional cross-country skier. Together with teammate Kikkan Randall, she won the United States’ first-ever cross-country skiing gold medal at the Winter Olympics in women’s team sprint in 2018. She won the bronze medal in the women’s sprint at the 2022 Winter Olympics. Additionally, Diggins won four total medals at the FIS Nordic World Ski Championships. She clinched the top spot in the overall women’s standings for the 2020-21 FIS Cross-Country World Cup in 2021.

Jessie competed for the Stillwater Area High School cross-country ski team. She was the top-ranked Girls Individual cross-country skier in the Minnesota High School Rankings in 2008. Diggins fell out of the state rankings in 2009 after she competed and won the United States Junior National Sprint title on March 9 of that year. In 2010, she was added to the United States’ World Junior Cross-Country Ski Team.

How old is Jessie Diggins?

Who are Jessie Diggins’s parents?

Jessie Diggins was born in Saint Paul, Minnesota to her parents Clay Diggins and Debra Diggins. The family then moved to Afton, Minnesota where she was brought up. Not much information is available in the media about her family and parents, as she has not shared any.

Does Jessie Diggins have siblings?

Diggins was born to her parents in a family of two children, both girls. She has one sibling, sister Mackenzie Diggins.

Diggins joined and studied at Stillwater Area High School, where she graduated in 2010. At the school, she competed in the cross-country ski team and won several titles. She did not attend college as she decided to race professionally rather than attend college. Despite deciding not to attend college she had earned an academic scholarship to Northern Michigan University.

Diggins grew interested in skiing from an early age, beginning to ski at the age of 4. She was a great skier by the age of 11 and began competing against older children. She carried on her interest in skiing by competing in high school and even opted not to attend college and pursue her dreams of being a professional skier.

Diggins is a social activist, as she is an ambassador for the non-profit organization Fast and Female. The organization works to inspire and encourage girls from the age of 8 to 18 to be active and empowered in sports. She is also an ambassador for the 501 (c)(3) non-profit organization Protect Our Winters, or POW, whose aim is to affect systemic solutions to climate change via the outdoor sports community. Jessie traveled with POW to Capitol Hill to raise concerns over climate change in April 2018.

Diggins became the spokesperson for the Emily Program, an organization in the U.S. that provides treatment for eating disorders in 2019. She revealed her experience of seeking treatment for bulimia in 2010 at the organization as a teenage athlete in various interviews and essays. The aim of her story is to improve self-acceptance and reduce the stigma and secrecy around eating disorders. She then wrote an autobiography, Brave Enough, about her athletic accomplishments and personal struggles with bulimia as a teenager, in 2020.

Diggins is not yet married but she is engaged to her loving longtime boyfriend and husband-to-be Wade Poplawski. Wade is a financial analyst in Boston, Massachusetts and the two met at a mutual friend’s wedding.
She presently resides in South Boston and Stratton, Vermont. This is because she rarely stays in one place for long due to her trips all over the country.

Diggins presently does not have any children of her own together with her boyfriend Wade. Children are not the main agenda in their lives at the moment as they plan for their wedding in 2022.

Diggins received an academic scholarship to Northern Michigan University. However, she deferred enrollment to race with the Central Cross-Country Elite team for one year. Diggins opted to race professionally rather than attend college. In 2011, she was named to the United States Ski Team and participated in her first World Championships that year. She won a gold medal with Kikkan Randall in the team sprint in the FIS Nordic World Ski Championships 2013 in Val di Fiemme. She then won silver in the individual sprint at the 2014 U23 World Championships.

Diggins was then named to the U.S. team for the 2014 Winter Olympics. In the 15 kilometer skiathlon, she ranked 8th (out of 61 competitors) with a time of 40:05.5, in her first event. She received the silver medal in the 10-kilometer freestyle race in the FIS Nordic World Ski Championships 2015 in Falun. Diggins ranked 8th in the overall and sprint rankings and 9th in the distance ranking in the 2015-2016 World Cup.

She then won two medals at the 2017 Nordic World Ski Championships in Lahti, Finland. In the freestyle sprint, Diggins won her quarter-final and semi-final heats on her way to getting the silver, ahead of teammate Randall in third. Next, Jessie and Sadie Bjomsen finished third in the classic team sprint, catching and passing the Swedish team in the closing stages of the race to acquire the bronze by 0.19 seconds. She then became the first American to receive four World Championship medals in cross-country skiing.

Diggins completed third overall in the 2017-18 Tour de Ski. She became the first American to finish on the podium in the overall classification and beat her previous best of fifth overall in the previous edition. Diggins’ teammate Sadie completed 9th overall, also making it the first time that two Americans completed in the overall top ten. She completed 2nd overall in the World Cup 2017-2018 season standings. Diggins and Randall became the first American cross-country skiers to get a gold medal. They did this during the 2018 Winter Olympics by winning the women’s team sprint at the Alpensia Cross-Country Centre in Pyeongchang, South Korea. She competed in six events at the Olympics and completed in the top 10 in all of them. Diggins was picked as the flag bearer for the United States at the closing ceremony at the conclusion of the games.

Jessie won the 2021 Tour de Ski, a first for an American. She ranked atop the overall World Cup 2020-2021 season standings, receiving the biggest annual prize in cross-country skiing. Her victory rated her with Bill Koch, who won the men’s title in 1982, becoming the only Americans to receive overall season titles for a World Cup cross-country ski circuit. Diggins received bronze in the women’s sprint at the 2022 Winter Olympics. In a cross-country individual sprint, she was the first American to win an Olympic medal.

American professional cross-country skier Diggins began skiing in high school in 2008. She started her professional career in 2011 and is active to date, earning numerous titles and medals. Diggins has earned a great fortune throughout her career having a net worth of approximately $1 million- $5 million as of 2022.