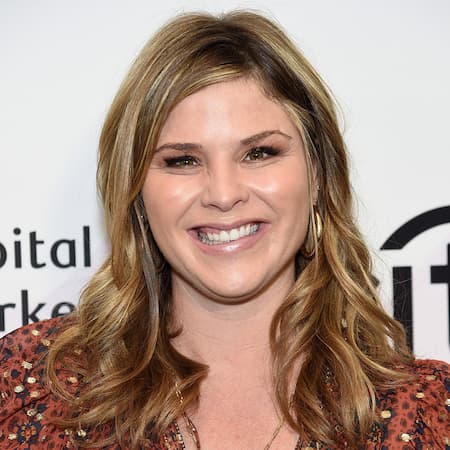 This article will answer every question you have about Jenna Bush Hager. Below are some of the frequently asked questions about her.

Who is Jenna Bush Hager?

Jenna Welch Bush Hager is an American prominent news personality, author, and journalist. She is the co-host of Today with Hoda & Jenna, the fourth hour of NBC’s morning news program Today. She and her twin sister, Barbara, are the daughters of the 43rd U.S. President George W. Bush.

Thus after her father’s presidency, Jenna became an author, an editor-at-large for Southern Living magazine, and a television personality on NBC. For this reason, she has featured most prominently as a member of The Today Show as a correspondent, contributor, and co-host.

How Old Is Jenna Bush Hager?

She is 40 years old as of August 2022, having been born on November 25, 1981, in Dallas, Texas, U.S. Jenna shares her birthdate with celebrities such as; Corbyn Besson, PopularMMOs, Trey Traylor, Sean Lew, Kevin Chamberlin, and many more.

Who are Jenna Bush Hager’s Parents?

Does Jenna Bush Hager have Siblings?

She has a twin sister by the name Barbara Bush (born on November 25, 1981) an American activist.

She received her education at Preston Hollow Elementary School and then The Hockaday School. Then received her high school education at St. Andrew’s Episcopal School and attended Austin High School where she graduated in 2000. After high school, she attended the University of Texas at Austin and also took summer classes at New York University. In 2004, she graduated from the University of Texas at Austin with a degree in English.

She is married to the love of her life, Henry Chase Hager (born on May 10, 1978), a businessman. They married on May 10, 2008, during a private ceremony at her parent’s Prairie Chapel Ranch near Crawford, Texas.

Before leaving Washington D.C., she worked at Elsie Whitlow Stokes Community Freedom Public Charter School in the summer of 2006 for a year and a half as a teacher’s aide. She then went on to take a leave of absence from the charter school position in order to work at a shelter as part of an internship for UNICEF’s Educational Policy Department in Latin America, specifically Panama. Thus after her internship for UNICEF, she returned to her position at the charter school in Washington, D.C. Currently?????, she works as a part-time reading coordinator at the SEED Public Charter School in Baltimore, Maryland, and contributes a monthly news story about education for the Today show.

She began marketing a book proposal in 2007 with the assistance of Robert B. Barnett, a Washington attorney. The book is titled, Ana’s Story: A Journey of Hope and it chronicles her experiences working with UNICEF-sponsored charities in Latin America. This includes her visits in 2006 to drought-stricken Paraguay while working as an intern for United Nations Children’s Fund. In March 2007, HarperCollins announced it would publish the book and it was released on September 28, 2007, with an initial printing of 500,000 copies.

Nevertheless, her share of the profits would go to UNICEF; the remainder will go to the woman whose life is the basis of the book, assisting in the young woman’s continuing education. Moreover, during the book tour, she appeared on The Ellen DeGeneres Show, during the interview, Jenna telephoned her parents. She then went on to write a second book in conjunction with her mother designed to encourage children to read. On April 22, 2008, the book entitled, Read All About It! was published by HarperCollins. On November 26, 2012, she was named editor-at-large of Southern Living magazine.

Since 2009, she has worked at NBC News as a correspondent, of Today as a contributor and anchor. NBC hired Jenna as a correspondent and contributor for The Today Show in August 2009. As time went by, her profile has increased on Today, this includes filling in as the orange room anchor during the 7 AM-9 AM hours and substituting for Kathie Lee Gifford or Hoda Kotb during the 4th hour. In 2018, she interviewed Michelle Obama in a discussion about her life in the White House, the challenges of raising her daughters in the spotlight, and her book Becoming.

Moreover, they discussed the political atmosphere and political bipartisanship with Obama stating that, despite their political differences, Jenna’s father George W. Bush is a “beautiful, funny, kind, sweet man”. Jenn then started Read with Jenna, a monthly book club on Today Show in March 2019. That same year in April, she began co-anchoring the fourth hour of Today with Hoda Kotb following Kathie Lee Gifford’s departure. In February 2022, she signed a first-look deal with Universal Studio Group.

Adding up to her well-curved and beautiful body, she stands at a height of 5ft 8inches (1.73m) and has unknown weight.