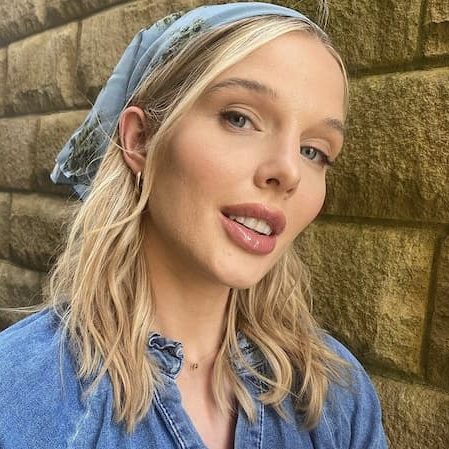 This article will answer every question you have about Helen Flanagan. Below are some of the frequently asked questions about her.

Who is Helen Flanagan?

Helen Flanagan is a prominent English actress. She is notably known for playing the role of Rosie Webster in the ITV soap opera Coronation Street from 2000 to 2012. In 2017, she reprised the role before going on maternity leave on June 8, 2018.

How Old Is Helen Flanagan?

She is 32 years old as of October 2022, having been born on August 7, 1990, in Bury, Greater Manchester, England. Helen shares her birthdate with celebrities such as; FlightReacts, Daz Black, Andrew Siwicki, Ti Taylor, Brett Gray, and many more.

Who are Helen Flanagan’s Parents?

She was born to Paul Flanagan (Father) and Julia Flanagan (Mother). Her parents are Roman Catholic.

Does Helen Flanagan have Siblings?

She has three siblings. Two sisters by the name Jane Flanagan and Jessica Flanagan. And a brother by the name of Tom Flanagan.

She received her education at Westholme School.

News on the internet shows that she is currently single. However, she was engaged to Scott Sinclair (born on March 25, 1989) an English professional footballer. They engaged on May 31, 2018. But in October 2022, the media reported that her relationship had finished after 13 years as they started their relationship in 2009.

However, in February 2012, she left Coronation Street in order to pursue other interests. That same year in November, she participated in the 12th series of I’m a Celebrity… Get Me Out of Here! finishing in seventh place. In September 2013, she went on to appear in Celebrity Super Spa, a reality-television program based in a Liverpool Salon on Channel 4. In January 2014, she starred alongside Hugo Taylor in an episode of Celebrity Wedding Planner on Channe; 5. That same year in August, she appeared in an episode of Holby City as agency nurse Kirsty Brompton. It was announced in October 2016, that she would reprise her role as Rosie in Coronation Street in February 2017. In June 2018, she left on maternity leave.

Helen Flanagan’s Salary and Net Worth