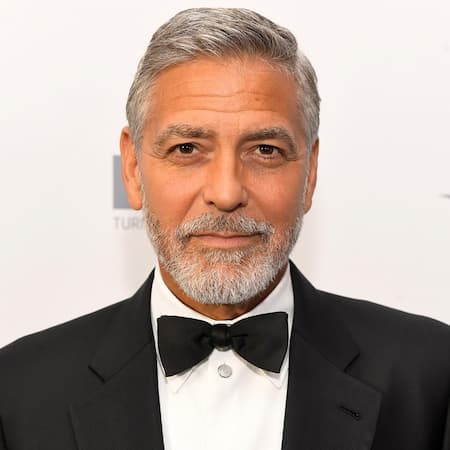 This article will answer every question you have about George Clooney. Below are some of the frequently asked questions about him.

Who is George Clooney?

George Timothy Clooney is an American well-known actor and filmmaker. Because of his exemplary work, he is a recipient of numerous accolades, including a British Academy Film Award, four Golden Globe Awards, four Screen Actors Guild Awards, and two Academy Awards, one for his acting and the other one as a producer. In 2018, he was the recipient of the AFI Life Achievement Award.

He started his career in television by gaining wide prominence in his role as Dr. Doug Ross on the NBC medical drama ER from 1994 to 1999. Because of this, he received two Primetime Emmy Award nominations. In 1996, he attracted a variety of leading roles in films with his breakthrough role in From Dusk till Dawn. And continued to star in films such as the superhero film Batman & Robin (1997), Steven Soderbergh’s Out of Sight (1997), David O. Russell’s Three Kings, and the Coen brothers’ O Brother, Where Art Thou? (2000).

The next year in 2001, he garnered widespread fame with the release of his biggest commercial success, Soderbergh’s heist comedy remake Ocean’s Eleven, the first of what became a trilogy starring George. A year later, he made his directorial debut with the spy drama Confessions of a Dangerous Mind. Since then, he has continued to direct the historical drama Good Night, and Good Luck (2005), the sports comedy Leatherheads (2008), the political drama The Ides of March (2011), the war film The Monuments Men (2014), and the science fiction The Midnight Sky (2020). In 2005, he won an Academy Award for Best Supporting Actor for the Middle East thriller Syriana. Whereas in 2007 he subsequently earned Best Actor nominations for the legal thriller Michael Clayton. And the comedy dramas Up in the Air (2009) and The Descendants (2011).

Because of producing the political thriller Argo (2012), he received the Academy Award for Best Picture. Moreover, he has starred in Burn After Reading (2008), The American (2010), Gravity (2013), and Hail, Caesar! (2016). As of 2022, George is one of three people to have been nominated for Academy Awards in six different categories. This is a position shared with Walt Disney and Alfonso Cuaron and second only to Kenneth Branagh (with seven) and Brad Pitt is one of only two actors to have won both the Academy Awards for Best Supporting and Best Picture. Moreover, he was included on Time’s annual Time 100 list every year from 2006 to 2009. Since January 31, 2008, he has served as one of the United Nations Messengers of Peace. Furthermore, he is a member of the Council on Foreign Relations.

How Old Is George Clooney?

He is 61 years old as of August 2022, having been born on May 6, 1961, in Lexington, Kentucky, U.S. George shares his birthdate with celebrities such as; Meek Mill, Naomi Scott, Faye Knightly, Ranz Kyle, and many more.

Who are George Clooney’s Parents?

He was born to Nick Clooney (Father, born on January 13, 1934) an American journalist, anchorman, and television host. And Nina Bruce Warren (Mother, born in 1939) was a beauty queen and city councilwoman.

Does George Clooney have Siblings?

He has a sister by the name of Adelia Clooney.

He received his high school education at Augusta Independent School where he stated that he earned all s and a B. After high school, he attended Northern Kentucky University from 1979 to 1981. And attended The University of Cincinnati but did not graduate from either. Later he attended The Beverly Hills Playhouse acting school for five tears.

He is married to the love of his life Amal Clooney (born on February 3, 1978) a Lebanese-British barrister. They married in 2014. However, he was previously married to Talia Balsam (born on March 5, 1959) an American television film actress, they married in 1989 but divorced in 1993. Moreover, he has been in numerous relationships.

He has two kids with his wife Amal. Twins, a son by the name of Alexander Clooney and a daughter by the name of Ella Clooney, were all born on June 6, 2017.

His first role was in 1978, as an extra in the television mini-series Centennial which is based on the novel of the same name by James A. Michener. His first major role came in 1984, in the short-lived CBS sitcom E/R. Next, he played a handyman on the series The Facts of Life and appeared as Bobby Hopkins, a detective on an episode of The Golden Girls.

His first notable was a semi-regular supporting role in the sitcom Roseanne. There, he played Roseanne Barr’s supervisor Booker Brooks. He followed this with the role of a construction worker on Baby Talk, a co-starring role on the CBS drama Bodies of Evidence as Detective Ryan Walker, and then a year-long turn as Det. James Falconer on Sisters. In 1988, he played one of the lead roles in the comedy-horror film Return of the Killer Tomatoes. Whereas in 1990, he starred in the short-lived ABC police drama Sunset Beat.

He rose to prominence when he played Dr. Doug Ross, on the hit NBC medical drama ER, alongside Anthony Edwards, Julianna Margulies, and Noah Wyle from 1994 to 1999. After leaving the series in 1999, he made a cameo appearance in the 6th season and returned for a guest spot in the show’s final season. Because of his work in the series, he received two Primetime Emmy Award nominations for Outstanding Lead Actor in a Drama Series in 1995 and 1996.

Moreover, in 1995, 1996, and 1997, he earned three Golden Globe Award nominations for Best Actor – Television Series Drama (losing to co-star Anthony Edwards). While working on ER, he began appearing in other films. Where his first major role was in the horror comedy-crime thriller From Dusk till Dawn. This was followed by the romantic comedy One Fine Day with Michelle Pfeiffer and the action-thriller The Peacemaker with Nicole Kidman. Next, he was cast as Batman in Joel Schumacher’s Batman & Robin. In 1998, he co-starred opposite Jennifer Lopez in the crime-comedy Out of Sight.

After leaving ER, in 2000, he starred in commercially successful films including Wolfgang Petersen’s disaster film The Perfect Storm. That same year, he starred in the Coen brother’s adventure comedy O Brother, Where Art Thou? alongside John Turturro, Tim Blake Nelson, and John Goodman. Because of his performance in the films, he received a Golden Globe Award for Best Actor – Motion Picture Musical or Comedy. In 2001, he reunited with Soderbergh for the heist comedy Ocean’s Eleven, a remake of the 1960s Rat Pack film of the same name.

The film starred George, Brad Pitt, Julia Roberts, Matt Damon, and Andy Garcia. The film went on to inspire two sequels starring George, Ocean’s Twelve in 2004, and Ocean’s Thirteen in 2007. In 2001 also, he and Soderbergh co-founded Section Eight Productions for which Grant Heslov was president of television. The next year in 2002, he again worked with Soderbergh in the science fiction drama Solaris. That same year, he made his directorial debut in the film Confessions of a Dangerous Mind. In 2003, he reunited with the Coen brothers in the romantic comedy Intolerable Cruelty opposite Catherine Zeta-Jones.

In 2005, he starred in Syriana which was based loosely on former Central Intelligence Agency agent Robert Baer’s memoirs of his service in the Middle East. That same year, he directed, produced, and starred in Good Night, and Good Luck. For Good Night, and Good Luck, he was nominated for Best Director and Best Original Screenplay at the 2006 Academy Awards as well as Best Supporting Actor for Syriana. Because of his role in Syriana, he won the Oscar.

Next, he appeared in The Good German (2006). That same year in August, he and Heslov started the production company Smokehouse Pictures. George went on to receive the American Cinematheque Award in October 2006. On January 22, 2008, he was nominated for an Academy Award for Best Actor for Michael Clayton (2007) losing to Daniel Day-Lewis who won for Paul Thomas Anderson’s drama There Will Be Blood (2007). Later that year, he directed his third film, Leatherheads in which he also starred.

The next year in 2009, he starred in the war comedy The Men Who Stare at Gats alongside Ewan McGregor, Jeff Bridges, and Kevin Spacey. The film was released in November 2009 and was directed by Heslov. In November 2009 also, he voiced the title character in Wes Anderson’s animated feature Fantastic Mr. Fox opposite Meryl Streep as Mrs. Fox. In 2011, he starred in The Descendants as a husband whose wife has an accident that leaves her in a coma.

In 2014, he co-wrote, directed, and starred in The Monuments Men. However, the film was a critical misfire and a box office failure. In 2014 also, he produced an August: Osage Country (2013) adaptation of the play of the same name. His next film was Tommorowland (2015). Next, he featured as himself in the Netflix Christmas musical comedy A Very Murray Christmas starring Bill Murray. In 2016, he reunited with Julia Roberts for the Jodie Foster-directed thriller Money Monster. His directorial project Suburbicon a 1950s-set crime comedy was released in October 2017. On June 7, 2018, he received the 2018 AFI Life Achievement Award.

And the award was presented to him by Shirley MacLaine and was honored by Julianna Margulies, Cate Blanchett, Bill Murray, Anna Kendrick, Jimmy Kimmel, Jennifer Aniston, Courtney Cox, and Amal Clooney. In 2019, he returned to television where he starred, directed, and produced the Hulu historical miniseries Catch-22 based upon the novel of the same name by Joseph Heller. On May 31, 2019, the series premiered to critical acclaim. After a four-year break from acting in film, he starred in the science fiction The Midnight Sky. Moreover, he directs The Tender Bar, an adaptation of Amazon Studios with Ben Affleck in the lead. In 2022, he reunited with Julia Roberts for a romantic comedy film Ticket to Paradise directed by Ol Parker. Initially, the film was set to be released in theatres on September 30, 2022, but was pushed by a month to October 21, 2022.

In addition to acting, he is involved with the Not On Our Watch Project. This is an organization, that focuses global attention and resources to stop and prevent mass atrocities along with Brad Pitt, Matt Damon, Don Cheadle, David Pressman, and Jerry Weintraub. In January 2010, he organized the telethon Hope for Haiti Now, which collected donations for the 2010 Haiti earthquake victims. He then offered to take an auction winner out to launch in September 2012, to benefit the Gay, Lesbian, and Straight Education Network (GLSEN). Thus GLSEN works to create a safe space in schools for children who are may be perceived to be gay, lesbian, bisexual, or transgender.

George Clooney’s Salary and Net Worth

For a single film role, he earns at least $20 million and has a net worth of $500 million.