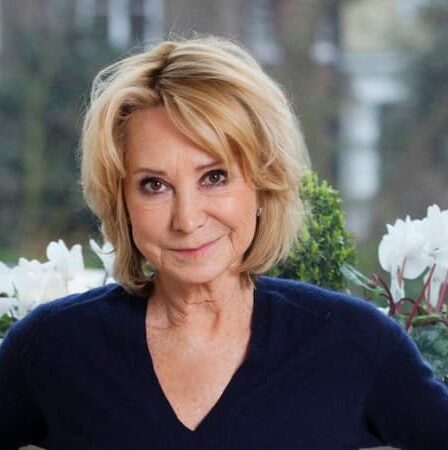 This article will answer every question you have about Felicity Kendal. Below are some of the frequently asked questions about her.

Who is Felicity Kendal?

Felicity Ann Kendal CBE is an English professional actress, serving principally in TV and theatre. Kendal has also appeared in many stage and screen roles over a more than 70-year career. However, the role that brought attention to her career was that of Barbara Good in the 1975 TV series The Good Life.

Kendal had her big break on television with the BBC sitcom The Good Life in 1975. She and Richard Briers starred as Barbara and Tom Good – a middle-class suburban couple who decide to quit the rat race and become self-sufficient, much to the consternation of their snooty but well-meaning neighbor Margo (Penelope Keith) and her down-to-earth husband Jerry Leadbetter (Paul Eddington). Kendal appeared in all 30 episodes, which extended over four series and 2 specials from 1975 to 1978.

She made her stage debut aged 9 months when she was carried on stage as a changeling boy in A Midsummer Night’s Dream. Kendal made her London stage debut in Minor Murder in 1967. Her stage career blossomed between 1980 and 1090 when she formed a close professional association with tom Stoppard, starring in the 1st production of many of his plays such as The Real Thing in 1982, Hapgoof in 1988, Arcadia in 1993 and Indian Ink in 1995. The last was originally a radio play and the role was written for her. She won the Evening Standard Theatre Award in 1989 for her performance in Much Ado About Nothing and Ivanov.

Kendal then toured the UK with Simon Callow in Chin-Chin, an English translation by Willis Hall of Francois Bikketdoux’s Tchin-Tchin in October 2013. That same year, Kendal starred in the first London revival of Relatively Speaking by Alan Ayckbourn at Wyndham’s Theatre. She later toured the UK and Australia as Judith Bliss in Noel Coward’s Hay Fever, which then played in the West End, in 2014. She starred alongside Maureen Lipman in a revival of Lettice and Lovage at the Menier Chocolate Factory in 2017. Kendal then starred as Evangeline Harcourt in the London revival of Anything Goes at the Barbican Theatre in 2021.

She was one of the readers of Edward Lear’s poems on a specially made spoken-word audio CD bringing together a collection of Lear’s nonsense tracks in 1995.

How old is Felicity Kendal?

Kendal is currently aged 76 years old as of 2023, having been born on September 25, 1946, in Olton, Warwickshire, England. She shared her birthday with popular people such as Aida Turturro, Barbara Walters, Catherine Zeta-Jones, Cheryl Tiegs, Clea DuVall, Donald Glover, Hal Sparks, and many more.

Who are Felicity Kendal’s Patents?

Kendal was born and raised in Olton, Warwickshire England to her parents Geoffery Kendal an actor and manager, and Laura Liddell. The family lived in Birmingham in her early years before moving to India at the age of seven. Her father was an English actor-manager who led his own repertory company on tours in India.

Does Felicity Kendal have Siblings?

She was born into a family of two children, the youngest in the family. She has only one older sister named Jennifer Kendal who was an English actress.

She moved from Birmingham to India and attended six different Loreto College convent schools in India. There she contracted typhoid fever in Calcutta at the age of 17.

Kendal has two children from her marriage. She has a son named Charley Henley with Henley and another son named Jacob Rudman with her now spouse Rudman.

Kendal an English professional actress has been active from 1947 to the present on stage and on screen from 1965 to the present. She has appeared in many films and shows and has a net worth of $10 million as of 2023.