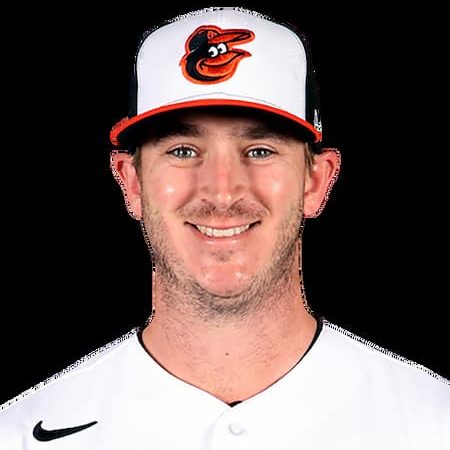 This article will answer every question you have about Evan Phillips. Below are some of the frequently asked questions about him.

Who is Evan Phillips?

How Old Is Evan Phillips?

He is 28 years old as of October 2022, having been born on September 11, 1994, in Salisbury, Maryland, U.S. Phillips shares his birthdate with celebrities such as; Jc Caylen, Vivi-Anne Stein, BigNik, Tyler Hoechlin, Ludacris, and many more.

Who are Evan Phillips’s Parents?

He was born to Joe (Father) and Susanne Phillips (Mother). His father played baseball at Anne Arundel Community College.

Does Evan Phillips have Siblings?

He received his high school education at Clayton High School. After high school, he attended The University of North Carolina Wilmington where he played college baseball.

A Career with the Atlanta Braves

He was drafted by the 17th round of the 2015 Major League Baseball draft by the Atlanta Braves. He then spent his first professional season with the Danville Braves and Rome Braves going a combined 2-3 with a 2.73 ERA in 29.2 total relief innings pitched. In 2016, he pitched for the Carolina Mudcats and Mississippi Braves pitching to a combined 8-4 record and 3.02 ERA in 43 relief appearances between both teams. After the season, he went on to play in the Arizona Fall League.

In 2017, he played with Mississippi and the Gwinnet Braves going a combined 3-4 with a 6.14 ERA in 51.1 total innings pitched, and started 2018 with Gwinnett Stripers. On June 23, 2018, he was called up by the Atlanta Braves. But on June 25, he returned to the Stripers without making a major league appearance. On July 2, he was recalled and made his major league debut the next day. In his debut, he pitched 2+1⁄3 innings, yielding a home run.

He, Jean Carlos Encarnacion, Brett Cumberland, Bruce Zimmermann, and international signing money were traded to the Baltimore Orioles on July 31, 2018, in exchange for Kevin Gausman and Darren O’Day. In 2020, for the Orioles, he pitched to a 5.02 ERA and 20 strikeouts over 14.1 innings pitched in 14 games. That same year on October 30, he was outrighted off the 40-man roster. The next year, he made 18 appearances for the Triple-A Norfolk Tides and had a 5.04 ERA with 35 strikeouts. However, on August 2, 2021, he was released by the Orioles.

A Career with the Tampa Bay Rays

After he was released by the Orioles, he went on to sign a major league deal with the Tampa Bay Rays on August 3, 2021. That same year on August 12, the Rays selected Phillips’ contract. On August 13, he made his Rays debut pitching three innings and giving up one run while earning his first career save. However, the following day he was designated for an assignment.

A Career with the Los Angeles Dodgers

The Los Angeles Dodgers claimed Phillips off waivers on August 16, 2021. On August 19, 2021, he made his debut for the Dodgers and pitched 2+1⁄3 innings in relief against the New York Mets and got his first win as a Dodger. In 2021, he pitched in a total of seven games for the Dodgers, allowing four earned runs in 10+1⁄3 innings. He then pitched three scoreless innings over two games in the 2021 NLCS against the Atlanta Braves, allowing only one hit and two walks while striking out six. In 2022, he pitched in team-high 64 games and had a 7-3 record and a 1.14 ERA.

Evan Phillips’s Salary and Net Worth