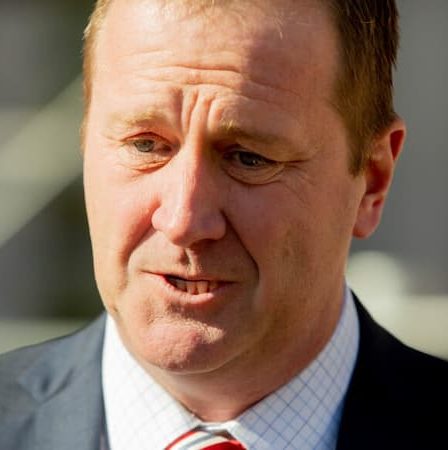 This article will answer every question you have about Eric Schmitt. Below are some of the frequently asked questions about him.

Who is Eric Schmitt?

Eric Stephen Schmitt is well-known as an American lawyer and politician who has served as the 43rd attorney general of Missouri since 2019. He is the United States Senator-elect from Missouri and will assume office in 2023.

Schmitt has filed lawsuits to have the Affordable Care Act invalidated by courts as attorney general of Missouri. Sued school districts and municipalities for implementing mask requirements during the COVID-19 pandemic.

Sued the Biden administration for its environmental policies. And signed onto an amicus brief that argued that LGBT people are not protected by workplace discrimination bans. He filed a lawsuit against China’s handling of the pandemic, making Missouri the 1st U.S. state to do so. Following Joe Biden’s victory in the 2020 election and Donald Trump’s refusal to concede.

Schmitt joined other Republicans in claiming fraud and supported lawsuits to invalidate the 2020 election results. Schmitt successfully ran for the U.S. Senate and victory against Democrat Trudy Busch Valentine in 2022.

How old is Eric S. Schmitt?

Schmitt is currently aged 47 years old as of 2022, having been born on June 20, 1975, in Bridgeton, Missouri, US. He shared his birthday with famous people such as Amos Lee, Brian Wilson, Candy Clark, Chris Dudley, Chuck Wicks, Dan Tyminski, Grace Potter, John Goodman, and others.

Who are Eric S. Schmitt’s Parents?

Schmitt was born in Bridgeton, Missouri, a suburb of St. Louis to his parents Cathy and Stephen Schmitt.

Does Eric S. Schmitt have Siblings?

There is not much information on his siblings in the media.

Schmitt is currently married to Jamie Schmitt, formerly known as Jamie Forrester. The duo has three children together.

Eric and his wife Jaime have three children: Stephen, Sophia, and Olivia. Their son, Stephen was born with a rare genetic condition causing tumors on his organs.

Schmitt was admitted to the Missouri bar in 2000. He was a partner at the firm Lathrop & Gage, LLP in Clayton, Missouri. Schmitt served as an alderman for Glendale, Missouri, from 2005 to 2008.

Schmitt was elected to the Missouri Senate. He represented the 15th district, which includes parts of central and western St. Louis County on November 4, 2008. After the 2010 census, Schmitt’s district was redrawn but still centered around central St. Louis County. Schmitt ran unopposed in both the primary and general elections in 2012.

Schmitt, who has a son with autism, supported a bill in the Missouri General Assembly that required health insurers to pay up to $40,000 annually to beneficiaries for applied behavioral analysis, a type of autism therapy In 2015, he worked to enact legislation allowing Missouri residents to establish tax-exempt savings accounts for relatives with disabilities in 2010. Governor Jay Nixon signed the bill in 2015.

Schmitt championed tax-cut legislation. He sponsored a major franchise tax cut, which passed in the State Senate. He introduced legislation that would halve the state’s corporate income tax and reduce taxes on C corporations in 2013. Schmitt and supporters promoted the tax as a way to match the Kansas experiment. While opponents called the taxes economically unsustainable. The legislation, enacted in 2014, also lowered state income taxes by 0.1 beginning in 2018.

Schmitt did not run for reelection to the Missouri Senate in 2016 because he was term-limited. Instead, he filed to run for Treasurer of Missouri in the 2016 elections. Schmitt ran as a Republican and was unopposed in the Republican primary. He defeated Democrat Judy Baker and Libertarian Sean O’Toole in the general election.

Schmitt released the MO ABLE program in 2017, which is similar to 529 college savings plans He created the Show-Me Checkbook website which provides data on state spending. State revenues, payroll, debt obligations, and cash flow. He sponsored legislation that made tax cuts when state revenues exceed financial triggers in 2014.

Governor Mike Parson appointed Schmitt to the office of Attorney General of Missouri to succeed Josh Hawley. Who was elected to the U.S. Senate in 2018 Schmitt took office in January 2019. He was elected to another term in 2020.

Schmitt filed lawsuits to have the Affordable Care Act invalidated by courts. Following Missouri, voters approved a constitutional amendment to expand Medicaid coverage in the state. Schmitt supported Republican lawmakers who refused to implement the expansion.

Within the COVID-19 pandemic in Missouri, Schmitt filed lawsuits to prevent St. Louis County from implementing public health restrictions (such as restrictions on indoor dining, mask mandates, and limits on gatherings) to reduce COVID-19’s spread. He opposed the release of some inmates with violent felonies from jail during the pandemic, a measure that had been proposed to reduce COVID-19 spread in detention facilities.

Schmitt was involved in efforts to combat scammers and price gougers attempting to profiteer off COVID-19. He sued televangelist Jim Bakker and Morningside Church Productions, Inc. for falsely claiming that “Silver Solution” (colloidal silver) was an effective COVID-19 treatment in March 2020.

Schmitt filed a lawsuit in the U.S. District Court for the Eastern District of Missouri on behalf of the State of Missouri against the Chinese government on April 21, 2020. Chinese Communist Party, and other Chinese officials and institutions, alleging that their actions suppress information. Arresting whistleblowers, and denying COVID-19’s contagious nature led to the loss of life and severe economic consequences in Missouri. Missouri is the first state to sue China over the COVID-19 pandemic.

Schmitt sued local school districts in Missouri after they implemented mask mandates in August 2021. He sued Jackson County, Missouri, for enforcing an order that required restaurants to comply with a mask mandate in September 2021. The Missouri Department of Health concluded a study that found that mask mandates in Missouri reduced COVID-19 infections and deaths in November 2021.

Schmitt led a lawsuit against the Biden administration over its COVID-19 vaccine requirements for healthcare workers in 2021.

He released the SAFE Kit Initiative in 2019 to reduce the backlog of untested sexual assault kits in Missouri. Thousand of Kits remained to be tested as of October 2021.

Schmitt supports an effort in the Missouri legislature to address the shortage of police officers in S.t Louis City by lifting the residency requirement for police officers.

The AG’s Office sued the city of Marshfield, Missouri, alleging that it maintained a ticket-quota system in violation of a state law banning such quotas. The suit ended in a settlement in which the city agreed to maintain a compliance program and have its state officials undergo training on the law.

He was among 14 Republican state attorneys general signatories who signed an amicus brief to the Supreme Court brief arguing that the Civil Rights Act of 1964 does not protect LGBTQ+ people from employment discrimination.

The Supreme Court ruled, 6-3, that employment discrimination on the basis of sexual orientation does violate the Civil Rights Act of 1964 in June 2020. Schmitt was among 22 Republican state attorneys general who filed a lawsuit against the Biden administration over a program that prohibits discrimination based on sexual orientation and gender identity in schools that earns federal funds.

On March 24, 2021, Schmitt announced his candidacy for the United States Senate to succeed incumbent Republican Roy Blunt. His candidacy was backed by Missouri mega-donor Rex Sinquefield. In the speech announcing his candidacy, Schmitt tied himself to Donald Trump and railed against “the radical left”. He has pledged to vote against Mitch McConnell for the Senate Republican party leadership position.

Schmitt repeated a Great Replacement-derived claim on Glenn Beck’s program that the Democratic Party seeks to “fundamentally” change the country through Illegal immigration to the United States in April 2022.

The day before the primary, former president Donald Trump released a statement endorsing “ERIC” Schmitt was joined in the Republican primary by two other candidates with that name, former governor Eric Greitens and lesser-known candidate Eric McElroy. Trump’s statement did not indicate whether it was an endorsement of one or multiple candidates.

And when reached for comment by NBC News, Trump’s office declined to clarify the endorsement, saying it “speaks for itself” Politico reported it as an endorsement of both Greitens and Schmitt, as Trump had apparently expressed indecision about which of the two to return before a dual endorsement was suggested; he separately contacted both to pledge his support, and each subsequently claimed the endorsement as his.

Schmitt victory the Republican primary with 45.6 of the vote and won the 2022 Senate election against Democratic Trudy Busch Valentine on August 2, 2022.

An American lawyer and politician who has served as the 43rd attorney general of Missouri since 2019. His net worth is estimated to be $1.5 million as of 2022.