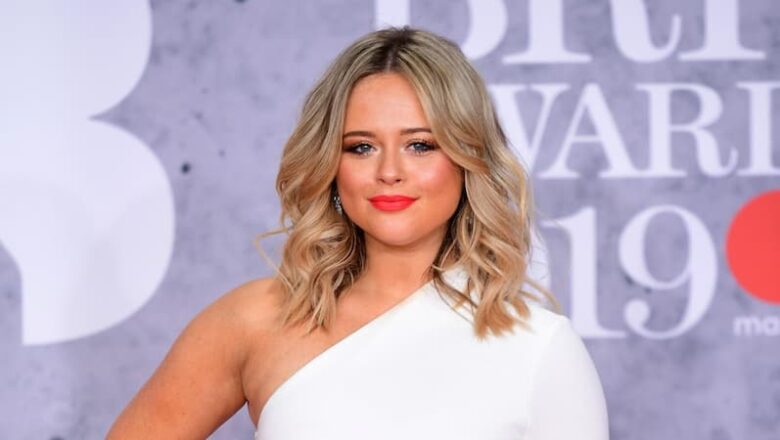 This article will answer every question you have about Emily Atack. Below are some of the frequently asked questions about her.

Who is Emily Atack?

Emily Jane Atack is a professional English actress, comedian, and television personality. She is best known for playing Charlotte Hinchcliffe on the E4 comedy series The Inbetweeners (2008-2010), and for her roles in Keith Lemon shows, such as Lemon La Vida Loca, The Keith Lemon Sketch Show, and The Keith & Paddy Picture Show.

Atack appeared on the 5th series of Dancing on Ice in 2010. She was runner-up on the 18th series of I’m a Celebrity…Get Me Out of Here! in 2018, and went on to co-present the final series of its spin-off the show I’m a Celebrity: Extra Camp in 2019. Since 2020, she has starred in her own comedy series The Emily Atack Show.

Aside from The Inbetweeners (Channel 4), Atack has appeared in films such as the remake of Dad’s Army opposite Catherine Zeta-Jones and Bill Nighy. She appeared alongside Harvey Keitel and Gabriel Byrne in the British film Lies We Tell, and has performed in television programs such as Rock and Chips (BBC), Little Crackers (Sky1), The Keith Lemon Sketch Show (ITV2), and Tracey Ullman’s Show (BBC).

She was a contestant on Dancing on Ice in 2010. She was partnered with professional ice skater Fred Palascak; they were voted off in the eighth week. Atack presented a stylized public service announcement titled Ready, Steady, Drink, highlighting the dangers of drinking alcohol in 2011.

Atack was confirmed to be participating in that year’s series of I’m a Celebrity…Get Me Out of Here She eventually finished in second place behind Harry Redknapp on 12 November 2018. She launched her 1st book, Are We There Yet?: To indignity … and beyond!, on 31 October 2019. She began co-hosting I’m a Celebrity: Extra Camp alongside Joel Dommett and Adam Thomas in November 2019.

Atack starred in a new series named The Emily Atack Show, featuring a mixture of stand-up comedy, impressions, and stories about her life experiences such as dating, relationships, and the pressures of social media and fame in 2020.

How old is Emily Atack?

Atack is currently aged 33 years old as of 2023, having been born on December 18, 1989, in Luton, Bedfordshire, England. She shared her birthday with popular people such as Billie Eilish, Sia, Brad Pitt, Ashley Benson, YBN Nahmir, and many more.

Who are Atack’s Parents?

Atack was born and raised in Luton, Bedfordshire, England by his parents Kate Robbins (mother) and Keith Atack (father). His father is a musician while her mother is an actress, singer, and comedian.

Does Atack have Siblings?

Atack grew up along with her two other Siblings, namely Martha Atack and George Atack

She had her early education at the Parkfields middle school in Toddington, a local school for many children from nearby villages.

Atack is not married yet, but she is not single as she has been in a romantic relationship with Liam McGough.

Atack is unmarried and she does not have any children of her own date.

Atack is an English actress, comedian, and television personality. Her net worth is estimated to be around $10 million as of 2023.