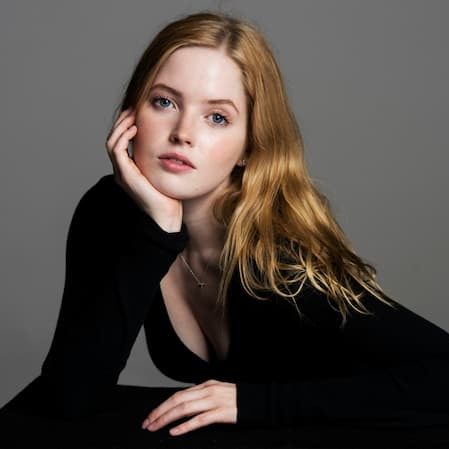 This article will answer every question you have about Ellie Bamber. Below are some of the frequently asked questions about her.

Who is Ellie Bamber?

Eleanor Elizabeth Bamber abbreviated as Ellie Bamber is an English eminent actress. She won third prize in 2018 at the Ian Charleson Awards because of her performance as Hilde in The Lady from the Sea at the Donmar Warehouse. She was in Tom Ford’s feature film Nocturnal Animals and the BBC One television series, Les Miserables as Cosette and portrayed Mandy Rice-Davies in the BBC series, The Trial of Christine Keeler.

How Old Is Ellie Bamber?

She is 25 years old as of October 2022, having been born on February 2, 1997, in Surrey, England. Ellie shares her birthdate with celebrities such as; Shakira, Tyler Brown, Chad Franke, Soni Nicole Bringas, Dylan Chapman, and many more.

Who are Ellie Bamber’s Parents?

She was born to David (Father, who works in finance and her mother is a manager. However, her mother’s name is not mentioned on the internet.

Does Ellie Bamber have Siblings?

She has a younger brother by the name of Lucas.

She received her high school education at Hurst Lodge School and Eagle House School. After high school, she attended Wellington College where she was awarded drama scholarships.

News on the internet shows that she is currently single. But has been in several relationships.

She became the youngest member of the Players’ Theatre Club at the age of 12. At the age of 13, she was chosen by Sir Trevor Nunn to play the role of ‘Young Jenny’ in his production of Aspects of Love at the Menier Chocolate Factory. After making roles in TV and film, she returned to musical theatre when she was selected for a lead role as the disruptive teenager ‘Dinah Lord in High Society at The Old Vic, London. Directed by Maria Friedman, this became the last production under Kevin Spacey’s tenure as Artistic Director. Following the run, she was nominated for the Evening Standard Theatre Award for Best Newcomer in a Musical in November 2015. She then played Hilde in 2017 in The Lady from the Sea, directed by Kwame Kwei-Armah at the Donmar Warehouse. Also, her performance won third prize at the Ian Charleson Awards.

A Television and Film Career

Her film debut was in 2014 in The Falling. That same year, she starred as Lydia Bennet, the youngest of the Bennet sisters in Pride and Prejudice and Zombies starring alongside Lily James, Douglas Booth, Sam Riley, and Matt Smith. She was then chosen as one of the British Film Institute and Screen Daily – Screen Stars of Tomorrow in 2015. The following year, she appeared in Tom Ford’s Nocturnal Animals, playing the daughter of Jake Gyllenhaal and Isla Fisher’s characters, the film also starred Amy Adams. In 2016 also, she filmed the feature film Extracurricular Activities.

In 2017, she filmed High Resolution based on the book Taipei by Tao Lin. That same year, she appeared in the music video for Shawm Mendes’ song “There’s Nothing Holdin’ Me Back”. In 2018, she was in The Nutcracker and the Four Realms alongside Keira Knightley and Morgan Freeman. The following year, she played Cosette in the BBC 1 television series Les Miserables with Dominic West and Olivia Colman. In 2018, she was seen in the feature film The Seven Sorrows of Mary where she plays the lead role of Mary. Moreover, she starred in the BBC 1 television series, The Trial of Christine Keeler as Mandy Rice-Davies alongside Sophie Cookson and James Norton. Also, she had a leading role in the acclaimed 2021 BBC drama series The Serpent.

Ellie Bamber’s Salary and Net Worth

Her salary is not mentioned on the internet but has an estimated net worth of around $1.5 million.