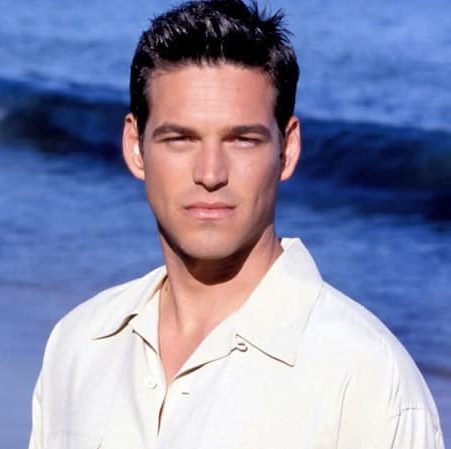 This article will answer every question you have about Eddie Cibrian. Below are some of the frequently asked questions about him.

Who is Eddie Cibrian?

Eddie Carl Cibrian is the best well-known American actor. He is best known for his roles as Cole Deschanel on the television series Sunset Beach and Jimmy Doherty on 3rd Watch.

His other notable television roles such Matt Clark in The Young and the Restless, Russell Varon in Invasion, Jesse Cardoza in CSI: Miami, and Eddie Valetik in Take Two. Some of his best-known films include the cult classic But I’m a Cheerleader and The Best Man Holiday.

Cibrian starred in The Young and the Restless as Matt Clark, Baywatch Nights as Griff Walker, Sunset Beach as Cole Deschanel, CSI: Miami as Jesse Cardoza, 3rd Watch as womanizing New York City firefighter Jimmy Doherty, Tilt as rising poker star Eddie Towne, and Invasion as Everglades park ranger Russell Varon. He also guest-starred in Saved by the Bell: The College Years, Sabrina, the Teenage Witch, Criminal Minds, and Beverly Hills, 90210. His movie credits include Living Out Loud in 1998 But I’m a Cheerleader in 1999 and The Cave in 2005.

In addition to acting, he sang in the soul-pop boy band 3Deep from 1998 to 2001, along with Young and The Restless costar and real-life best friend Joshua Morrow and Canadian singer CJ Huyer.

Cibrian joined the cast of the Fox series Vanished midway through the season in 2006. The series was canceled following 9 of the 13 episodes produced were aired with subsequent episodes launched via Myspace. The following year, he was cast as Jason Austin in the unaired pilot of Football Wives, the ABC remake of the British drama Footballers Wives.

Cibrian has had guest spots on Samantha Who?, Dirty Sexy Money, and Ugly Betty. In 2009, he joined the cast of CSI: Miami as an officer from the Hollywood division who joins Horatio’s team in Miami. His contract was not picked up for the 2010–11 season.

How old is Eddie Cibrian?

Cibrian is aged 49 years old as of 2022, having been born on June 16, 1973, in Burbank, California, U.S. He shares his birthdate with popular people including Tupac Shakur, Park Bo-gum, Jurgen Klopp, Missy Peregrym, Mithun Chakraborty, Daniel Bruhl, Fernando Muslera, and others.

Who are Eddie Cibrian’s Parents?

Cibrian was born and raised in Burbank, California to his parents Hortensia Cibrian and Carl Cibrian. His father is a banker while his mother is an office manager, and both are from Cuba.

Does Eddie Cibrian have Siblings?

He was born into a family who immigrated from Cuba to the United States following Castro’s coming to power in 1959. He is the only child in the family.

Cibrian is married to the love of his life LeAnn Rimes. His wife is an American singer, songwriter, and actress. They married on April 2, 2011, at a private home in California. However, despite being married he was previously married to Brandi Glanville an American television personality, author, fashion designer, and former model. They married in May 2001 but divorced on September 30, 2010.

He has two kids with his ex-wife, Brandi Glanville. Two sons by the name of Mason Edward Cibrian were born on June 8, 2003. And Jake Austin Cibrian was born in 2007

Cibrian was cast as the lead in the NBC pilot for The Playboy Club, a TV series set at the first Playboy Club in Chicago in 1963 in March 2011. In early October 2011, The Playboy Club was canceled by NBC following 3 episodes due to low ratings. In 2016, he was added to the cast of Rosewood as Capt. Ryan Slade. In 2018, he starred as the Private Investigator, Eddie Valetik, in Take 2 on ABC.