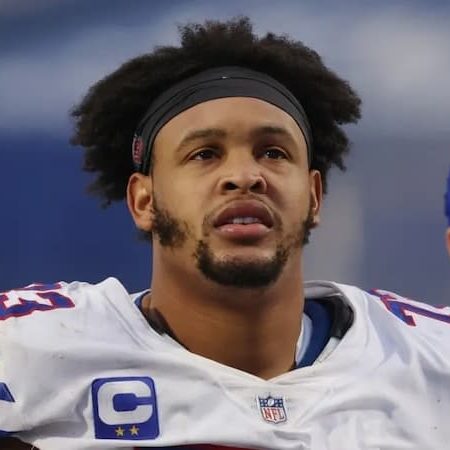 This article will answer every question you have about Dion Dawkins. Below are some of the frequently asked questions about him.

Who is Dion Dawkins?

Dion Dawkins is a famous American football offensive tackle for the Buffalo Bill of the National Football League (NFL). He played college football at Temple.

Dawkins earns an invitation to the Senior Bowl and started as a guard for the North team. The North lost 15-16 to the South and he was called the Senior Bowl’s top offensive lineman. He improved his draft stock following practicing and performing well in the Senior Bowl.

He joined the NFL Combine and completed all of the combined drills and positional drills. At Temple’s Pro Day, Dawkins opted to attempt the vertical jump again and added 2 inches to his number from the Combine. He performed well in the positional drills with 40 scouts and representatives from all 32 NFL teams scouting him and 13 other teammates, such as Temple’s feature prospect, Haason Reddick.

Dawkins had private workouts with 4 teams, including the San Francisco 49ers, Carolina Panthers, Denver Broncos, and Indianapolis Colts. The majority of NFL draft experts and analysts projected him to be a 2nd round pick. He was ranked the 2nd-best guard in the draft by Sports Illustrated, the 3rd-best guard by ESPN, the 3rd-best interior offensive lineman by NFL analyst Mike Mayock, and the 4th-best offensive tackle by NFL analyst Bucky Brooks and NFLDraftScout.com.

The Buffalo Bills selected Dawkins in the 2nd round (63rd overall) of the 2017 NFL Draft. In 2017, he was the 2nd offensive guard drafted behind Western Kentucky guard Forrest Lamp. The Buffalo Bills signed him to a 4-year, $4. 18 million contract with $1. 83 million guaranteed and a signing bonus of $1. 18 million. He played in all 16 games starting 11 at left tackle in place of Cordy Glenn. Dawkins earns an overall grade of 74.5 from Pro Football Focus in 2017.

Dawkins entered training camp in 2018 slated as the starting left tackle after the Buffalo Bills traded Cordy Glenn to the Cincinnati Bengals. Head coach Sean McDermott named Dawkins the starting left tackle to begin the regular season in 2018. In Week 10 of the 2018 season, against the New York Jets, Dawkins caught his first career pass, a seven-yard touchdown from quarterback Matt Barkley.

How old is Dion Dawkins?

Dion Dawkins is aged 28 years old as of 2022, having been born on April 26, 1994, in Rahway, New Jersey. He shares his with famous people including James Sunderland, Channing Tatum, Jay DeMarcus, Jordana Brewster, Jet Li, Tom Welling, and many more.

Who are Dion Dawkins’s Parents?

Dion Dawkins was born in Rahway, New Jersey to his parents Eric Dawkins and Lisa Dawkins

Does Dion Dawkins have Siblings?

Dawkins does not share any information about his siblings with the media.

Dawkins joined Rahway High School in Rahway, New Jersey where he earned the nickname, the “Snowman. After originally committing to the Cincinnati Bearcats, Dion signed with Temple from 2013 to 2016.

Dawkins is a married man who got married to his beautiful wife named Daiyaana Dawkins.

The couple has two children and one is named Dil Ray Dawkins who was born rashly. But the other Child’s information is not known yet.

Against the New England Patriots, Dawkins caught his 2nd touchdown pass from Josh Allen in Week 16 of the 2019 season.

Dawkins signed a 4-year, $60 million contract extension with the Bills that includes $34 million guaranteed on August 13, 2020.

He began training camp on the COVID-19 reserve list and needed some time to return to playing shape in 2021. Dawkins later announced that he spent 4 days in the hospital battling the disease calling it 1 of the lowest points” of his life.

An American football offensive tackle for the Buffalo Bills of the National Football League (NFL). His net worth is currently estimated to be $5 million as of 2022.