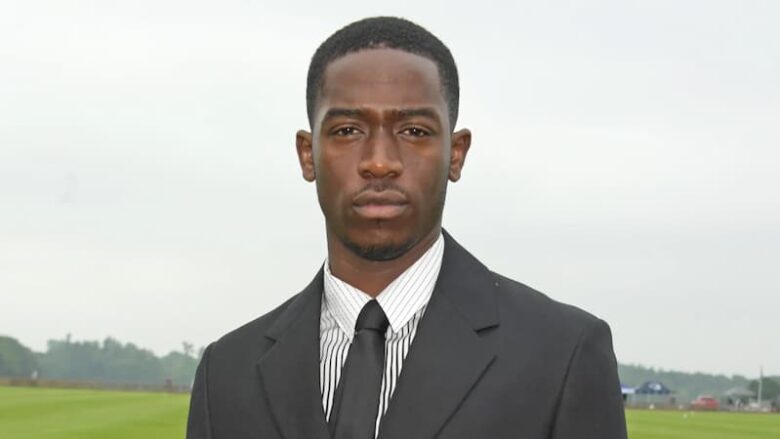 This article will answer every question you have about Damson Idris. Below are some of the frequently asked questions about him.

Who is Damson Idris?

Damson Idris is a popular professional British-Nigerian actor. He currently stars in John Singleton’s crime drama Snowfall which debuted on 5 July 2017 on FX. He played the co-lead in Netflix’s sci-fi action film Outside the Wire in 2021.

At Brunel, Idris met actress Cathy Tyson, who encouraged him to meet Ade Solanke and audition for a part in her play, Pandora’s Box. He got the role, signed with an agent, and began performing in more plays. He also trained at the Identity School of Acting, founded by Femi Oguns. After performing at the Royal National Theatre in London, Idris decided to pursue television and film roles. He had several parts in British series including Miranda in 2013, Doctors in 2015, and Casualty in 2015.

His breakout role is Franklin Saint, an ambitious 19-year-old drug dealer in Los Angeles, in the FX crime drama Snowfall from John Singleton, which debuted in July 2017. The first season of Snowfall — set in 1983 as the United States is on the verge of the crack cocaine epidemic — weaves together the stories of several characters whose lives will soon collide because of drugs.

Idris auditioned through video in London before flying out to Los Angeles, where he spent the day with Singleton, who wanted to ensure Idris had mastery of the accent. To practice his American accent he worked with rapper WC, who tutored him on not just an authentic accent but the mannerisms specific to South Central Los Angeles. Idris earned strong reviews for his performance; Malcolm Venable of TV Guide called him “nothing short of captivating.” The 2nd series of Snowfall, set in 1984, premiered in July 2018.

Idris had his 1st big screen part in 2016 in the British thriller City of Tiny Lights, starring Riz Ahmed. He made his American film debut in Megan Leavey alongside Kate Mara, who plays the title character in the eponymous war film in 2017. Idris also has a part as an FBI agent in the 2018 film The Commuter with Liam Neeson; and starred in Farming, alongside Kate Beckinsale.

Farming is a semi-autobiographical story of Nigerian-British actor Adewale Akinnuoye-Agbaje, who directed the film. Idris plays the character based on Akinnuoye-Agbaje, who, like many Nigerian people in the late 20th century, was “farmed out” to a white family in the UK in the hopes of a better life, while Beckinsale portrays his strict foster mother. In 2019, Damson won the Award for Best Actor in a British Film at the Edinburgh Film Festival for his portrayal. He also appears in “Smithereens,” the 2nd episode of the 5th season of the anthology series Black Mirror. Idris won the “Emerging Talent Award” at the 12th Screen Nation Film and Television Awards in London in May 2017.

How old is Damson Idris?

Damson Idris is currently aged 31 years old as of 2023, having been born on September 2, 1991, in Peckham, London, UK. He shared his birthday with famous people such as Hayley LeBlanc, Kian Lawley, Leah Ashe, Thomas Petrou, Chance Sutton, and many more.

Who are Damson Idris’s Parents?

Damson Idris was born and raised in Peckham, London, UK to his parents, Philippa Idris who is his Mother. However, there is not enough information available to the public about his father.

Does Damson Idris have Siblings?

Idris was born to Nigerian parents as the youngest of six children. He has two elder sisters and three older brothers. However, information about his siblings is currently scarce.

Idris attended Brunel University, London where he received a BA Honours degree in Theatre, Film, and Television studies. Later on, he trained at the Identity School of Acting in London alongside other Hollywood.

He is not married and does not have a wife yet but is currently dating Lori Harvey, on January 13, 2023, who is a model, entrepreneur, and socialite.

Idris is a famous British actor, best known for his role as Franklin in the crime drama series. His net worth is estimated to be $10 million as of 2023.