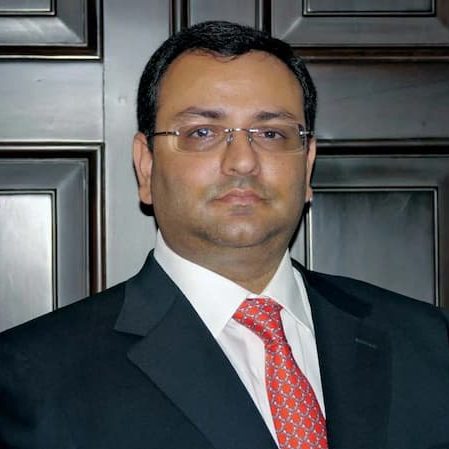 This article will answer every question you have about Cyrus Mistry. Below are some of the frequently asked questions about him.

Who is Cyrus Mistry?

Cyrus Pallonji Mistry was an Indian-born well-known businessman. He was the former chairperson of the Tata Group and from 2012 to 2016, he was the former chairperson of the Tata Group. He was the sixth chairman of the group, and only second (after Nowroji Saklatwala) not to bear the surname Tata. In mid-2012, he was chosen by a jury to lead the Tata group and took over the management in December of the same year. However, the board of Tata Group’s holding company, Tata Sons voted in October 2016, to remove Cyrus from the post of chairman. A few months later, former chairman Ratan Tata then returned as interim chairman, and Natarajan Chandrasekaran was named as the new chairman.

However, the National Company Law Appellate Tribunal (NCLAT) declared in December 2019, that the appointment of Chandrasekaran as executive chairman was illegal and restored Cyrus. However, on January 10, 2020, the Supreme Court stayed NCLAT’s order. Cyrus then filed a cross-appeal in the court seeking explanations for anomalies in the NCLAT but theSupreme Court upheld his dismissal. In his career with Tata Group, he owned an 18.4% stake in Tata Sons, through his company, Cyrus Investments Pvt. Ltd. Moreover, he was a member of the National Integration Council.

How Old Is Cyrus Mistry?

He was 54 years old by the time of his death on September 4, 2022. Having been born on July 4, 1968, in Bombay, Maharashtra, India. Cyrus shares his birthdate with celebrities such as; Sophie Fergi, Post Malone, Sydney Serena, Jasmine Gonzalez, Scott Cawthon, and many more.

Who are Cyrus Mistry’s Parents?

He was born to Pallonji Mistry (Father, born on June 1, 1929, but died on June 28, 2022) an Indian-born Irish billionaire construction tycoon. And Pat Perin Dubash (Mother, born in September 1939).

Does Cyrus Mistry have Siblings?

He has three elder siblings. A brother by the name of Shapoor Mistry. And two sisters by the name Aloo Mistry (born on March 28, 1992) and Laila Mistry.

He received his high school education at The Cathedral & John Connon School. After high school, he studied at Imperial College London. Next, he was awarded a Bachelor of Engineering in civil engineering in 1990 from The University of London. Later, he studied at London Business School. And The University of London where he was awarded International Executive Masters in management in 1996.

He was married to the love of his life, Rohiqa Chagla. They married in 1992 until Cyrus’ death in September 2022.

He and his wife Rohiqa have two kids. Two sons by the name Firoz Mistry and Zahan Mistry.

A Career with Tata Sons

On September 1, 2006, he joined the board of Tata Sons, a year after his father retired from it. From September 24, 1990, to October 26, 2009, he served as a Director of Tata Elxi Limited and was Director of Tata Power Co. Ltd until September 18, 2006. Next, he was appointed as the chairman of Tata Sons in 2013. Furthermore, he was chairman of all major Tata companies including Tata Industries, Tata Steel, Tata Motors, Tata Consultancy Services, Tata Power, Tata Teleservices, Indian Hotels, Tata Global Beverages, and Tata Chemicals. On October 24, 2016, the Tata Sons Board voted to remove Cyrus from the Chairmanship.

The National Company Law Tribunal (NLCT) issued a verdict in July 2018, in favor of Tata Sons on charges of mismanagement leveled by Cyrus in 2016. This was two months following his ousting as chairman through a vote of no confidence. On July 10, he stated that he would appeal the decision.

The National Company Law Appellate Tribunal (NCLAT) reinstated Cyrus as the Chaiepersonfor Tata Sons in December 2019, for his remaining term. Moreover, they declared that the appointment of TCS CEO Natarajan Chandrasekaran as the executive chairman of Tata Sons was illegal. However, Tata Sons appealed to the Supreme Court in January 2020, against NCLAT’s decision. Cyrus announced that he will not return to the Chairmanship of the conglomerate but is interested in reserving his seat on the company’s board. A three-judge bench comprising Chief Justice SA Bobde and Justices BR Gavai and Surya Kant stayed NCLAT’s order on January 10, 2020, while hearing Tata Sons’ appeal.

Cyrus Mistry’s Salary and Net Worth

His salary is not mentioned on the internet but had a net worth of nearly $29 billion.