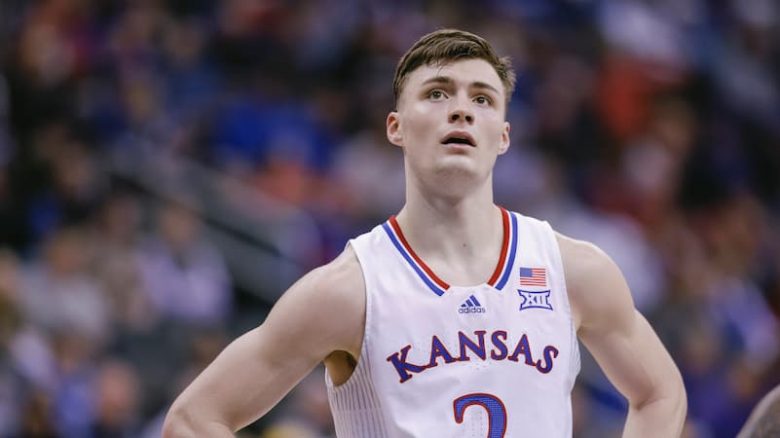 This article will answer every question you have about Christian Braun. Below are some of the frequently asked questions about him.

Who is Christian Braun?

Christian Nicholas Braun is a professional basketball player for the Denver Nuggets of the NBA (National Basketball Association). While at college, he played college basketball at the University of Kansas and was a starter on the team that won the 2022 NCAA Championship.

How Old Is Christian Braun?

He is 21 years old as of October 2022, having been born on April 17, 2001, in Burlington, Kansas, U.S. Christian shares his birthdate with celebrities such as; Devan Key, De’arra Taylor, Jennifer Garner, Victoria Beckham, Kyla Drew Simmons, and many more.

Who are Christian Braun’s Parents?

He was born to Donny Braun (Father) and Lisa Braun (Mother).

Does Christian Braun have Siblings?

He has two brothers by name Parker and Landon.

He received his high school education at Blue Valley Northwest High School. After high school, he attended the University of Kansas.

He played basketball for Blue Valley Northwest High School. He averaged 27.8 points, 9.3 rebounds, and 3.8 assists per game as a senior and led his team to a third straight Class 6A state title. Because of his exemplary performance, he was named Mr. Kansas Baskteball and Kansas Gatorade Player of the Year. He then committed to play college basketball for Kansas over offers from Kansas State, Illinois, and Missouri among others. On April 4, 2022, the school declared that day Christian Braun Day.

He then became the 65th player to reach 1,000 points for Kansas in the Final Four against Villanova and finished that game with 10 points and helped the Jayhawks reach the championship. In the championship game against the North Carolina Tar Heels, he had 12 points and 12 rebounds for his 5th double-double of the season which helped Kansas rally from a 40-25 halftime deficit. On May 25, 2022, he declared for the 2022 NBA draft while maintaining his college eligibility. That same year on May 25, he confirmed he would remain in the NBA draft and forgo his senior season.

A Career with the Denver Nuggets (2022 to Present)

He was drafted with the 21st overall pick in the 2022 NBA draft by the Denver Nuggets.

Christian Braun’s Salary and Net Worth