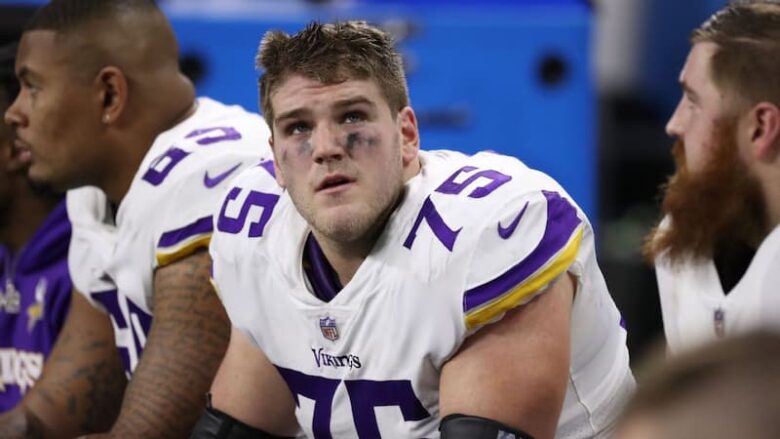 This article will answer every question you have about Brian O’Neill. Below are some of the frequently asked questions about him.

Who is Brian O’Neill?

Brian Cormac O’Neill is a professional American football offensive tackle for the NFL (National Football League). While at college, he played college football at Pittsburgh.

How Old Is Brian O’Neill?

He is 27 years old as of January 2023, having been born on September 15, 1995, in Wilmington, Delaware, U.S. Brian shares his birthdate with celebrities such as; Chelsea Lascher, Sommer Ray, Prince Harry, Jenna Marbles, Felix Lee, and many more.

Who are Brian O’Neill’s Parents?

He was born to Brendan O’Neill (Father) who played football at Dartmouth. And Elizabeth O’Neill (Mother) swarm at Northeastern.

Does Brian O’Neill have Siblings?

he has an elder brother by the name of Eamon O’Neill who was a two-time Delaware player of the year for the Salesianum School soccer team.

He received his high school career at Salesianum School. After high school, he attended The University of Pittsburgh.

As a senior, he caught 33 passes for 614 yards and eight touchdowns while attending Salesianum School. Defensively, he tallied 45 tackles, five sacks, 13 pass deflections, three forced fumbles, and two fumble recoveries. He then committed to play football for Pittsburgh in July 2013 as a tight end as a 3-star recruit, over offers from Coastal Carolina, Old Dominion, and Tulane among other offers.

He had an impressive performance at the 2018 NFL Combine. As he ran the 40-yard dash in 4.82 seconds, thus becoming the fastest time among all offensive linemen and the best time for a lineman since 2013. Also, it was the fourth-fastest recorded time for an offensive lineman at the combine since 2006. Trailing only Eagles’ Lane Johnson (4.72), Saints’ Terron Armstead (4.71), and Vikings teammate Aviante Collins (4.77). Moreover, he had the best time among offensive linemen in the three-cone drill, at 7.14 seconds.

He was thus drafted in the second round (62nd overall) of the 2018 NFL Draft by the Minnesota Vikings. He thus entered the season as a backup tackle behind starters Riley Reiff and Rashford Hill. In week 6, he made his career start at right tackle after Rashod Hill was moved to the left tackle in place of an injured Riley Reiff. For the rest of the season, he maintained that starting role over Hill after Reiff returned from injury to play left tackle. He then went on to sign a five-year, $92.5 million contract extension with the Vikings on September 8, 2021. Following the 2021 season, he was named to the 2022 Pro Bowl, his first.

Brian O’Neill’s Salary and Net Worth