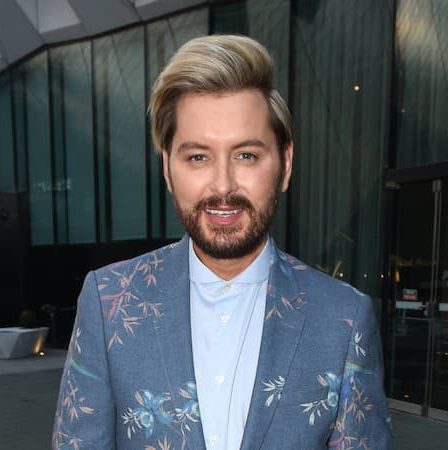 This article will answer every question you have about Brian Dowling. Below are some of the frequently asked questions about him.

Who is Brian Dowling?

Brian Patrick Robert Dowling is an Irish eminent television presenter. He rose to prominence after winning the second series of reality series Big Brother and went on to win Ultimate Big Brother in 2010. In 2007, he came third in Hell’s Kitchen whereas, in 2008, he was runner-up in the Irish reality television series Failte Towers. From 2010, he guest-presented Live from Studio Five alongside Kate Walsh until its cancellation in February 2011.

How Old Is Brian Dowling?

He is 44 years old as of September 2022, having been born on June 13, 1978, in Rathangan, County Kildare, Ireland. Brian shares his birthdate with celebrities such as; Chris Evans, Badkidmirah, Mary-Kate Olsen, Aaron Taylor-Johnson, Ashley Olsen, and many more.

Who are Brian Doeling Parents?

He was born to Geard Dowling (Father) and Rossie Dowling (Mother).

Does Brian Dowling have Siblings?

He has six sisters by the name, of Michelle, Valerie, Tracey, Paula, Tara, and Aoife.

He is married to the love of his life Arthur Gourounlian (born on June 1, 1980) an Armenian-born professional dancer and television personality. They married in 2015. He came out as gay in 2001.

He and his partner Arthur, have confirmed that they have welcomed their first baby daughter, Blake Maria Rose Dowling Gourounlian. A kid via surrogacy.

A Career in Big Brother

He followed Big Brother by going on to present SMTV Live thus becoming the openly gay children’s television presenter. Moreover, he presented his own show on ITV, Brian’s Boyfriends, as well as narrated the Channel 4 reality series, The Salon. In 2002, he co-hosted with BBC Radio 1 presenter Jo Whiley, the Elle Style Awards. Whereas the next year, he joined Duncan James and Tara Palmer-Tomkinson in presenting the NOW Magazine Style Awards where he also won the award for Most Stylish UK Personality. In 2004, he regularly stood in for Liz Bonnin on LivingTV’s Celebrity Extra show. And has also voiced numerous adverts and TV series and has presented the companion show to I’m Famous and Frightened. In July 2005, he fronted the Party in the Park concert in Leeds with Coronation Street’s Nikki Sanderson.

That same year in August, he went on to form the Irish O2 in the Park concert in Phoenix Park, Dublin alongside Fran Cosgrave and Caroline Morahan. From October 2004 to September 2006, he hosted a showbiz slot on Vernon Kay’s BBC Radion 1 Saturday morning show. In October 2005, he presented a series of special Christmas features titled Christmas Wrapped U. In March 2006, he was reintroduced as a presenter on ITV when the network launched its ITV Play subsidiary. Along with six others, he was signed up as a presenter of the network’s interactive gamble-based telephone show, The Mint. The game show went on to run till 2007. In October 2007, he and his family appeared on All-Star Family Fortunes where they won £4,660 for charity.

In September 2007, he was a contestant in the ITV reality series Hell’s Kitchen where he finished in third place. Following this, next, he was a contestant in the Irish reality television show, Failte Towers in August 2008, where he and 12 other celebrities had to take on the roles of the hotel staff. Moreover, he appeared in a special episode of Come Dine with Me alongside three other previous winners of Big Brother and was declared the winner. On September 10, 2010, he has crowned Ultimate Big Brother housemate at the end of the Ultimate Big Brother series that saw the end of Big Brother’s transmission on Channel 4. After months of speculation, it was confirmed on July 22, 2011, that Brian would become the new presenter of the revived series Big Brother on Channel 5.

In August/September 2011, January 2012, August/September 2012, and January 2013, he presented four celebrity series and two series of the main show in 2011 and 2012. For Series 14, he was replaced as presenter of Big Brother by Emma Willis which started in June 2013. Furthermore, he has had numerous appearances on This Morning presenting segments on the show. Since 2014, he has presented the TV3 game show Sitting on a Fortune in Ireland. In 2020, he participated in the fourth series of the Irish edition of Dancing with the Stars where he was paired with Laura Nolan. He and Kai Widdrington were announced by RTE on February 6, 2020, as the first male same-sex dance partners on the show during the switch-up week. However, he was eliminated from the competition in the first dance-off of the series on February 16, 2020.

In addition to his television work, he has appeared in popular Irish Christmas pantomimes at Dublin’s Tivoli Theatre. From December 2008 to January 2009m he starred as the evil Captain Hook in Anthem Productions’ presentation of Peter Pan. Since then, he has had a new character “Bridie”. Created for him appearing in 2009’s Cinderella and 2010’s Beauty and the Beast.

Brian Dowling’s Salary and Net Worth

His salary is not mentioned on the internet but has an estimated net worth of $1 million.