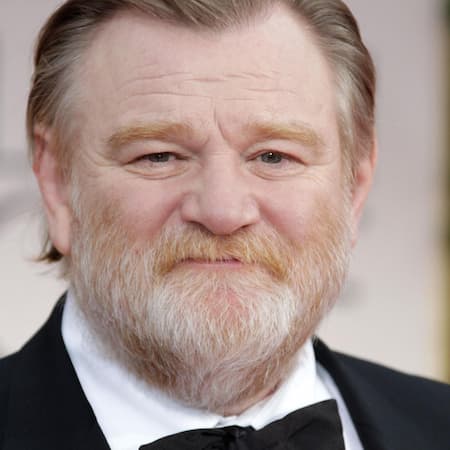 This article will answer every question you have about Brendan Gleeson. Below are some of the frequently asked questions about him.

Who is Brendan Gleeson?

Brendan Gleeson is an Irish prominent actor and film director. He is a recipient of three IFTA Awards, two British Independent Film Awards, and a Primetime Emmy Award. Also, he has been nominated twice for a BAFTA Award and four times for a Golden Globe Award. In 2020, he was listed as No. 18 on The Irish Times’ list of Ireland’s greatest film actors.

In 2009, he won a Primetime Emmy Award because of his portrayal of Winston Churchill in the television film, Into the Storm. Because of his performance as Donald Trump, he also received a Golden Globe Award in the Showtime series The Comey Rule (2020). From 2017 to 2019, he starred in the crime series Mr. Mercedes. In 2022, he received an Emmy Award nomination for his role in the Stephen Frears comedy series State of the Union.

How Old Is Brendan Gleeson?

He is 67 years old as of October 2022, having been born on March 29, 1955, in Dublin, Ireland. Brendan shares his birthdate with celebrities such as; CJ So Cool, Jack Wright, Mark Thomas, Kelianne Stankus, Juanpa Zurita, and many more.

Who are Brendan Gleeson’s Parents?

Does Brendan Gleeson have Siblings?

He has a sibling by the name, of Barry Gleeson (a singer).

He received his high school education at St. Joseph’s, Fairview. After high school, he attended University College Dublin where he received his Bachelor of Arts, majoring in English and Irish.

He is married to the love of his life, Mary Gleeson. They married in 1982.

As a member of the Dublin-based Passion Machine Theatre Company, he appeared in several of the theatre company’s early and highly successful plays. These include; Brownbread (1987), written by Roddy Doyle and directed by Paul Mercier, Wasters (1985), and Home (1988), written and directed by Paul Mercier. Also, he has written three plays for Passion Machine: The Birdtable (1987) and Breaking Up (1988) both of which he directed, and Babies and Bathwater (1994) in which he acted. In addition to his other Dublin theatre work is Patrick Süskind’s one-man play The Double Bass and John B. Keane’s The Year of the Hiker.

At the age of 34, he started his film career. He first came to prominence in Ireland for his roles as Michael Collins in The Treaty, a television film broadcast on RTE One, for which he won a Jacob’s Award in 1992. Moreover, he has acted in films such as Braveheart, I Went Down, Michael Collins, Gangs of New York, Cold Mountain, 28 Days Later, Troy, Kingdom of Heaven, Lake Placid, A.I. Artificial Intelligence, Mission: Impossible 2, and The Village. Because of his performance as Irish gangster Martin Cahill in John Boorman’s 1998 film, The General, he won critical acclaim. In addition to his film career, he provided the voice work of Hugh the Miller in an episode of the Channel 4 animated series Wilde Stories in 2003. Next, he portrayed Irish statesman Michael Collins in The Treaty.

Later, he portrayed Collins’ close collaborator Liam Tobin in the film Michael Collins with Liam Nesson. And later went on to portray Winston Churchill in Into the Storm. Because of his performance, he won an Emmy Award. Next, he played Hogwarts professor Mad-Eye Mood in the fourth, fifth, and seventh Harry Potter films. Whereas his son Domhall played Bill Weasley in the seventh and eighth films. He went on to provide the voice of Abbot Cellach in The Secret of Kells, an animated film co-directed by Tomm Moore and Nora Twomey of Cartoon Saloon which premiered in February 2009 at the Jameson Dublin International Film Festival. In 2006, he starred in the short film Six Shooter which won an Academy Award for Best Live-Action Short film.

In 2008, he starred in the comedy crime film, In Bruges also written by and directed by McDonagh. The film and Brendan’s performance enjoyed huge critical acclaim and Brendan earned several award nominations including his first Golden Globe nomination. In July 2012, he started filming The Grand Seduction with Taylor Kitsch. This is a remake of Jean-Francois Pouliot’s French-Canadian La Grande Seduction (2003) directed by Don McKellar, the film was released in 2013. In 2016, he appeared in the video game adaptation Assassin’s Creed and Ben Affleck’s crime drama Live by Night. Whereas the next year he finished Psychic, a short he directed and starred in.

In addition to his film career, he is a fiddle and mandolin player with an interest in Irish folklore. Thus he played the fiddle during his roles in Cold Mountain, Michael Collins, and The Grand Seduction and also features on Altan’s 2009 live album. He sing’s “The Unfortunate Rake” in the Coen brothers’ The Ballad of Buster Scruggs (2018). The next year, he made a contribution to the album by the Irish folk group Dervish with a version of Rocky Road To Dublin.

Brendan Gleeson’s Salary and Net Worth