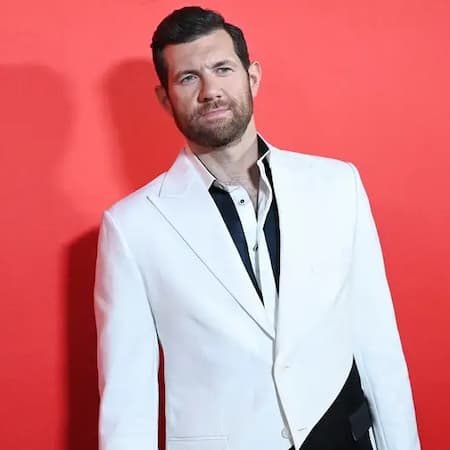 This article will answer every question you have about Billy Eichner. Below are some of the frequently asked questions about him.

Who is Billy Eichner?

Billy Eichner is an American well-known actor, producer, and screenwriter. He is the star, executive producer, and creator of Funny Or Die’s Billy on the Street, a comedy game show that aired on truTV. In 2013, the show earned him a nomination for the Daytime Emmy Award for Outstanding Game Show Host. He is also notably known for playing Craig Middlebrooks on the sitcom Parks and Recreation, Mr. Ambrose the Librarian on the animated TV series Bob’s Burgers, and Timon in the 2019 remake of The Lion King.

How Old Is Billy Eichner?

He is 44 years old as of October 2022, having been born on September 18, 1978, in New York City, New York, U.S. Billy shares his birthdate with celebrities such as; Aidan Gallagher, Alex Warren, Signa Mae, Jada Pinkett Smith, Nina Lu, and many more.

Who are Billy Eichner’s Parents?

He was born to Jay Eichner (Father) a rent tax auditor, and Debbie (Mother) worked for a phone company.

Does Billy Eichner have Siblings?

He has an elder half-brother by the name, of Steve Eichner.

He is openly gay. And is currently single.

He gained attention as the host and writer of Creation Nation: A Live Talk Show, a critically acclaimed stage show in New York. He followed this by landing a Bravo web series called My Life on the Z-List: Jen’s Vlog and was a co-host on the Bravo television pilot Joan Rivers’ Straight Talk. where he discussed topics with four gay men. Next, he appeared as a special correspondent on Conan in original video shorts. In 2011, he starred in the show Billy on the Street. Initially, the show aired on Fuse, before moving to truTV.

And was created within Funny or Die and is now available on HBO Max and the TruTV app. In the show, Billy goes around the streets of New York City asking people random questions or having them compete in trivia games. Often he brings celebrities who compete in games or go around the streets with him. On August 5, 2013, he guest starred in the 6th season of Parks and Recreation. The same year on October 10, his first episode aired. And there he stars as Donna’s Eagleton counterpart, Craig Middlebrooks who joins the Pawnee Parks and Recreation Department when Pawnee absorbs Eagleton.

In episode four of the seventh season, he became a series regular on the show. In 2014 during the 66th Primetime Emmy Awards, he appeared on the streets of New York with host Seth Meyers, interviewing random people. He appeared in Neighbors 2: Sorority Rising in 2016 released on May 20. The next year, he joined the cast of American Horror Story for recurring roles in its 7th and 8th seasons. In addition to acting, he provided the voice of Timon in Disney’s live-action remake of The Lion King by director Jon Favreau in 2019.

Billy announced in July 2020, that he and Tom McNulty were developing a film biography of fellow Northwestern University alum Paul Lynde called Man in the Box with Billy portraying Lynde. He then announced in March 2021, that he was currently writing and starring in the film Bros. The film tells the story of two gay men with commitment issues who decide to settle down with each other. And is produced by Universal Pictures thus making it the first adult-oriented LGBT movie ever produced by a mainstream film studio. Amazon Studios announced in August that they had bought the rights to develop the film Ex-Husbands starring Billy and co-written by him and Paul Rudnick.

Billy Eichner’s Salary and Net Worth