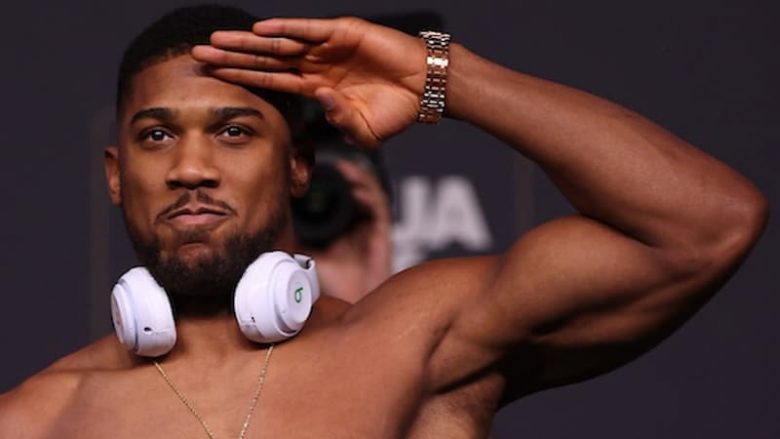 This article will answer every question you have about Anthony Joshua. Below are some of the frequently asked questions about him.

Who is Anthony Joshua?

Anthony Oluwafemi Olaseni Joshua OBE is a British famous professional boxer. He is a two-time former unified world heavyweight champion, having held the WBA (Super), IBF, WBO, and IBO titles twice between 2016 and 2021. At the regional level, he held the British and Commonwealth heavyweight titles from 2015 to 2016.

Moreover, he represented England at the 2011 World Championships as an amateur in the super-heavyweight division winning a silver medal. He also represented Great Britain at the 2012 Olympics winning gold. A year after turning professional, in 2014, he was named Prospect of the Year by The Ring magazine. His victorious fight against Wladimir Klitschko in 2017, was named Fight of the Year by The Ring and the Boxing Writers Association of America. Moreover, he is the second British boxer after James DeGale to win both a gold medal at the Olympics and a world title by a major professional sanctioning body as well as the first British heavyweight to do so.

As of October 2021, he is ranked as the world’s third-best active heavyweight by BoxRec, Transnational Boxing Rankings Board, as well as the 7th-best active boxer, pound for pound, by BoxRec. Since 2014, he has been ranked by BoxRec as among the world’s top 10 heavyweights and was ranked No.1 at the conclusion of 2016 and 2017. His knockout-to-win percentage stands at 91.67% with an overall knockout percentage of 63.64% in world heavyweight title fights.

How Old Is Anthony Joshua?

He is 32 years old as of August 2022, having been born on October 15, 1989, in Watford, Hertfordshire, England. Joshua shares his birthdate with celebrities such as; Malu Trevejo, Bailee Madison, Daniel Gizmo, Grace Van Dien, AllAroundAudrey, and many more.

Who are Anthony Joshua’s Parents?

He was born to Robert Joshua (Father) and Yeta Odusanya (Mother). His father is of Nigerian and Irish ancestry whereas his mother is Nigerian.

Does Anthony Joshua have Siblings?

He has three siblings. Two sisters by the name, of Loretta Joshua and Janet Joshua. And a brother by the name of Jacob Joshua.

He received his education at Kings Langley Secondary School and MAYFLOWER SCHOOL.

He has a son by the name Joseph “JJ” Joshua, with dance teacher Nicole Osbourne in 2015.

In 2007, he began boxing aged 18, when his cousin suggested he take it up. He went on to win the 2009 and 2010 Haringey Box Cup. In 2010, he also won the senior BA Championships in only his 18th bout and later turned down £50,000 to turn professional. Later that year, he became British amateur champion at the GB Championships after defeating Amin Isa. In October 2011, he was named Amateur Boxer of the Year by the Boxing Writers Club of Great Britain. And had an amateur record of 40-3. In the 2013 New Year Honours, he was appointed Member of the Order of the British Empire (MBE) because of his services to boxing.

It was confirmed on July 11, 2013, that Joshua had turned professional under the Matchroom Sport promotional banner. On October 5, 2013, he made his professional debut at the O2 Arena in London in the main event of a card featuring Scott Quigg’s successful WBA super-bantamweight title defense against Yoandris Salinas, beating Italian Emanuele Leo by a technical knockout (TKO) in the first round. His second fight was on October 26, 2013, against English heavyweight Paul Butlin at the Motorpoint Arena in Sheffield. However, the bout was stopped in the second round when the referee decided Butlin was taking too much punishment and thus declared Joshua the winner by TKO. He then went on to score a second-round TKO victory over Dorian Darch in February 2014, to take his record to 4-0.

On September 13, 2014, in his eighth fight against German heavyweight Konstantin Airich, Joshua took his undefeated record of 8-0 with a third-round stoppage victory at the Manchester Arena. In his tenth fight, he defeated Michael Sprott within the first round to extend his record to ten wins all by stoppage on November 22, 2014. On January 31, 2015, he was supposed to face American boxer Kevin Johnson at The O2 Arena in London. However, the bout was canceled after Joshua sustained a back injury. In his twelfth bout on May 9, 2015, he defeated Raphael Zumbano Love in a second-round KO in Birmingham. And on May 30, 2015, he defeated former world title challenger Kevin Johnson (29-6-1, 14 KOs) inflicting the first stoppage in Johnson’s career. A day after the fight, Johnson announced his retirement although he made a comeback in March 2017.

A Career as the British and Commonwealth Champion

It was announced on July 16, 2015, that he would fight undefeated Scottish boxer Gary Cornish (21-0, 12 KOs) for the vacant Commonwealth heavyweight title at The O2 Arena, London, on September 12.

After Joshua stopped Cornish, Joshua’s promoter, Eddie Hearn confirmed that Dillian Whyte would next put his undefeated record on the line against Joshua. The fight thus went on taking place at Sky Box Office. The two had previously fought within the amateur rankings in 2009, where Whyte won. However, this time round Joshua won the fight after initially shaking Whyte with a right hook to the temple. And eventually finishing with a devastating uppercut for the KO in the 7th raid. It is said that Joshua earned £3 million for the fight alone.

A Career as IBF Heavyweight Champion

It was announced in February 2016, that Joshua would face IBF heavyweight champion Charles Martin (23-0-1, 21 KOs) on April 9, 2016, at the O2 Arena. Joshua went on to win his first world title. At just 85 days, Martin’s reign as IBF heavyweight champion was the second shortest in professional boxing history with only Tony Tucker’s 1987 reign being shorter.

The WBA agreed to sanction a unification bout between Joshua and Klitschko on November 2, 2016, for the vacant WBA (Super) title, previously held by Tyson Fury. The WBA agreement was if Joshua retained his belt against Eric Molina. The fight would take place on April 29, 2017, at Wembley Stadium in London. Therefore after Joshua knocked out Molina in the third round, the Joshua vs. Klitschko fight was officially announced by Hearn in the ring. A day later the IBF announced the winner must fight their mandatory challenger Kubrat Pulev.

Joshua won the fight against Klitschko in round eleven for the second time in the round. The referee to stopped the fight after Joshua threw a barrage of unanswered punches while Klitschko was against the ropes. The IBF then granted Joshua an exemption for him to rematch Klitschko on June 7, 2017, instead of fighting mandatory challenger Kubrat Pulev. However, soon after the IBF granted the exemption, Klitschko announced on August 3, 2017. That he was retiring from the sport of boxing. Thus ending the possibility of a Joshua vs. Klitschko rematch.

A Career as the Second reign as unified heavyweight champion

On December 7, 2019, a rematch took place at the purpose-built Diriyah Arena in Diriyah, Saudi Arabia. At the weigh-in Joshua came in at 237 pounds (107kg), nearly ten pounds (4.5kg) lighter than in the pair’s first match. Joshua went on to win the bout via unanimous decision. To reclaim the unified heavyweight titles with scores of 118-110 on two judges’ scorecards and 119-109 on the other’s.

Initially, Joshua had been announced to fight Kubrat Pulev in 2017, but a late injury to Pulev saw Carlos Takam replace him for the fight. It was announced on March 2, 2020, that Joshua would defend his heavyweight titles against Pulev (28-1, 14 KOs). Who was IBF mandatory challenger at London’s Tottenham Hotspur Stadium on June 20. However, the fight was postponed indefinitely to April 3, 2020, because of the COVID-19 pandemic.

The fight was then re-announced with a new date on December 12 and a new venue of The O2 Arena in London. Later, the fight was moved again to Wembley Arena. And it was announced that up to 1,000 fans would be able to attend due to the recent relaxation of coronavirus restrictions. On the night, Joshua dropped his opponent twice in the third round and ultimately defeated Pulev by a 9th-round knockout to retain his unified heavyweight titles.

A Career Outside of Boxing

Besides boxing, Joshua is recognized as one of the most marketable athletes in the world. And has lucrative endorsement deals with numerous brands including Under Armour, Beats By Dre, and Lucozade. In 2017, he was ranked as the world’s most marketable athlete ahead of basketball player Stephen Curry. He also has spoken of his ambition to surpass Floyd Mayweather Jr’s reported career earnings of $700 million, saying in an interview with GQ. Moreover, he has been recognized with his inclusion in the annual Powerlist as one of the 100 most influential Black Britons most recently in the 2021 edition.

Anthony Joshua’s Salary and Net Worth