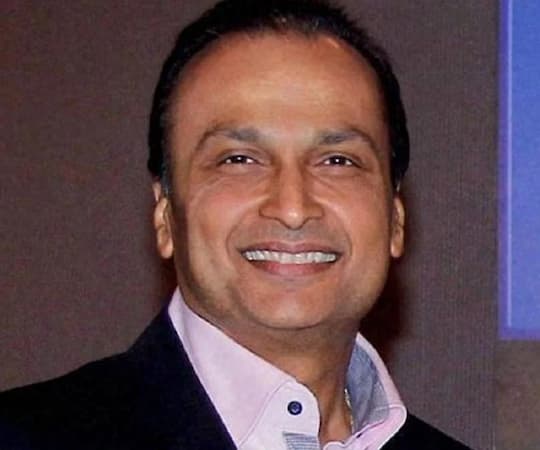 This article will answer every question you have about Anil Ambani. Below are some of the frequently asked questions about him.

Who is Anil Ambani?

Anil Ambani is a Famous Indian businessman and the chairman of Reliance Group(Reliance ADA Group). The group was created in July 2006 after Reliance Industries Limited demerged. Additionally, Anil Ambani is the leader of numerous stock-listed corporations such as Reliance Communications, Reliance Infrastructure, Reliance Capital, and Reliance Power.

Anil was once listed as the world’s 6th richest person. His net worth was declared zero and he was also declared bankrupt in February 2020before a UK court. However, the claims are still in question. Between 2004 and 2006, Ambani served in the Rajya Sabha as an Independent MP. This is the upper house of the Parliament of India from Uttar Pradesh.

Dhirubhai, Anil’s father died in 2002 and never left a clear succession plan to his family. His wife, Kokilaben split his wealth into two, between his sons, Anil and Mukesh through mediation. Anil succeeded parts of Reliance Group with his interest in financial services, power, telecom, entertainment, and infrastructure. He was also credited with India’s largest IPO, that of Reliance Power.

Anil started his entertainment industry with an acquisition of a majority stake in Adlabs Films in 2005. The company’s interest is in film processing, production, exhibition, and digital cinema. In 2009, he renamed the industry Reliance Media Works. He had a joint venture with Steven Spielberg’s production company DreamWorks worth US$1.2 billion in 2008. Anil had contributed to numerous Spielberg films like the Academy Award-winning Lincoln.

Since the formation of the Reliance ADA Group, Ambani became one of the quickest destroyers of shareholder wealth in the last 100 years. This was with the combined group market cap declining by 90%.

A court in Mumbai held Anil in criminal contempt in early 2019. This was due to non-payment of personally guaranteed debt Reliance Communications owed to Swedish gear maker Ericsson. The court gave him a month to pay the debt instead of a jail term. Mukesh, Anil’s brother bailed him out.

Ambani was locked in February 2020 in a legal battle with 3 Chinese banks. The court asked him to set aside US$100 million. He made a statement that his net worth was zero after considering the liabilities. The matter is not yet settled. The UK court orders him to pay the 3 Chinese banks to the tune of US$716 million. The Ambani brothers were named in the Pandora Papers in October 2021.

How Old Is Anil Ambani?

Ambani was born on June 4th, 1959. He is 63 years of age as of 2022. Anil shares his birthday with celebrities such as Angelina Jolie, Bruce Dern, James Callis, Horatio Sanz, Julie White, Adam Saleh, and Richard Allen, among others.

Who Are Anil Ambani’s Parents?

Anil was born to Dhirubhai Ambani and Kokilaben. His father was the founder member of Reliance Industries.

Does Anil Ambani Have Siblings?

Anil is the youngest brother in a family of two brothers and two sisters. His big brother Mukesh Dhirubhai is an Indian billionaire, chairman, and managing director of Reliance Industries Ltd. His sisters are Nina Ambani Kothari and Dipti Ambani Salgaocar.

After graduating from high school, Anil enrolled at Kishinchand Chellaram College where he earned a Bachelor of Science degree. Later, he joined the Wharton School of the University of Pennsylvania where he earned his Master in Business Administration in 1983.

Ambani met and married the love of his life, Tina Munim, an Indian actress. He belongs to the Gujarati community. They reside at Sea Wind Building.

Does Anil Ambani Have Children?

Anil is a father of two children, sons. His sons and his heirs are Jai Anmol Ambani and Jai Anshul Ambani.

How Tall Is Anil Ambani?

Adding to his well-built body, Ambani stands at a height of 1.65 meters.

Anil Ambani’s salary and Net Worth

Ambani does not disclose his income from his business. He wrote a statement in February 2020 and declared his net worth zero after he was ordered to set aside US$100 million in a legal battle with three Chinese banks.