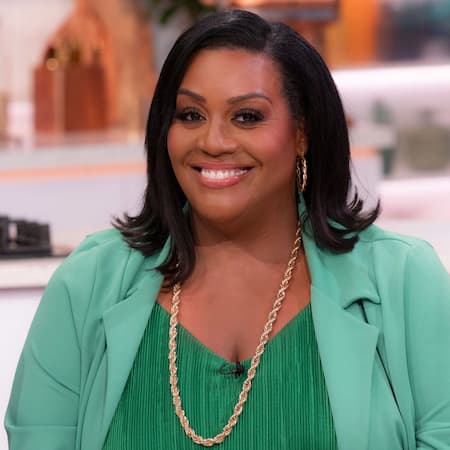 This article will answer every question you have about Alison Hammond. Below are some of the frequently asked questions about her.

Who is Alison Hammond?

Alison Hammond is an English prominent television personality and actress. In 2002, she competed in the third series of the reality show Big Brother in which she was the second housemate to be evicted. Since then, she has become a presenter and reporter on ITV’s This Morning (2002 to Present) and has appeared on reality shows such as; I’m a Celebrity…Get Me Out of Here! (2010), Celebrity Coach Trip (2012), Strictly Come Dancing (2014), Celebrity Masterchef (2014), and I Can See Your Voice (2020). As an actress, she has appeared in Palace Hill (1988–1990), Doctors (2002), and The Dumping Ground (2016).

How Old Is Alison Hammond?

She is 47 years old as of October 2022, having been born on February 5, 1975, in Birmingham, England. Alison shares her birthdate with celebrities such as; Cristiano Ronaldo, Neymar, Nick Crompton, Kevin Gates, Kevin Perry, and many more.

Who are Alison Hammond’s Parents?

She was born to Clifford Hammond (Father) and Maria Hammond (Mother).

Does Alison Hammond have Siblings?

She has one sibling. A sister by the name of Saunra Page.

She received her education at Cardinal Wiseman Catholic School.

On her love life matters, she is seen as a person who hates drama and loves her privacy. She has managed to keep her marriage/dating life low-key thus leaving many with a lot of unanswered questions. In case there is news regarding this matter, we will update it here as soon as possible. However, she was previously married to Noureddine Boufaied.

She has a kid, a son by the name of Aiden Hammond.

Following her appearance on Big Brother, she has appeared on many television programs including, Celebrity Fit Club, Celebrities Under Pressure, and Big Star’s Little Star. Moreover, she has performed as Nina Simone on Celebrity Stars in Their Eyes, Celebrity Ready Steady Cook, Daily Cooks Challenge, as a panelist on ITV’s Loose Women, and as a presenter on the short-lived ITV Play channel. In 2004, she played in Christmas Lights as a TV reporter opposite Robson Green.

In 2008, she was named the face of an online bingo site caller in the bingo room. Later in November 2010, she became a contestant in the 10th series of I’m a Celebrity… Get Me Out of Here! and on November 28, 2010, she became the fourth contestant to leave the show. In 2014, she participated in the 9th series of Celebrity MasterChef on BBC One. That same year, she also participated in the 12th series of Strictly Come Dancing on BBC One. There, she was partnered with 11th series champion Aljaz Skorjanec.

However, they were voted off in the 7th week of the competition and finished 10th. It was announced on November 19, 2015, that she would compete in the annual film, Hotel Transylvania 3: Summer Vacation (2018). ITV announced in 2020, a shake-up of This Morning presents in with Alison replacing Eamonn Holmes and Ruth Langsford on a Friday, presenting alongside Dermot O’Leary. In December 2020, she appeared as a celebrity guest on the game show The Wheel on BBC One.

Alison Hammond’s Salary and Net Worth

Her salary is not mentioned on the internet but has an estimated net worth of between £1 and £4 million.