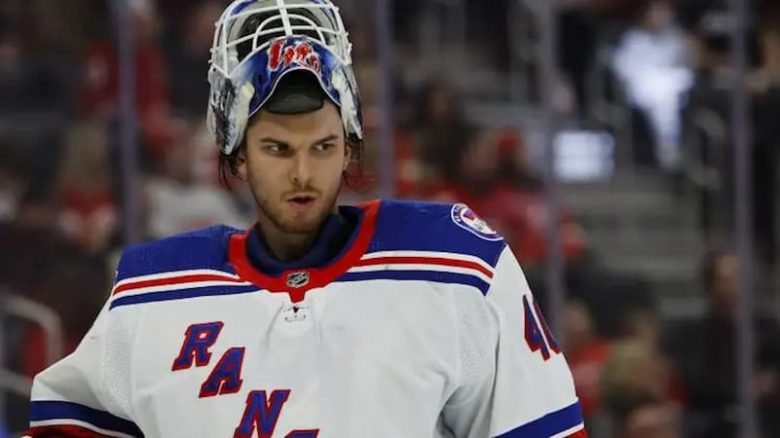 This article will answer every question you have about Alexandar Georgiev. Below are some of the frequently asked questions about him.

Who is Alexandar Georgiev?

Alexandar Georgiyevich Georgiev is a professional Bulgarian-born Russian ice hockey goaltender for the Colorado Avalanche of the NHL (National Hockey League). This makes him the first Bulgarian-born player to play in the NHL.

How Old Is Alexandar Georgiev?

He is 26 years old as of October 2022, having been born on February 10, 1996, in Ruse, Bulgaria. Alexandar shares his birthdate with celebrities such as; Emma Roberts, Chloë Grace Moretz, FaZe Kay, Jordan Maron, Vic Fuentes, and many more.

Who are Alexandar Georgiev Parents?

He was born to Georgi Georgiev (Father). However, his mother’s name and whereabouts are not mentioned on the internet.

Does Alexandar Georgiev have Siblings?

On his love life matters, he is seen as a person who hates drama and loves his privacy. He has managed to keep his marriage/dating life low-key thus leaving many with a lot of unanswered questions.

He started playing for the Moscow-based Penguins and then moved to Khimik Voskresensk and later to Finland. He made his Liiga debut playing with TPS during the 2014-15 season. However, despite two standout seasons with TPS showing developmental promise, he went undrafted through the 2017 NHL Entry Draft. Having the ambition to play in North America, he was invited to participate in the New York Rangers’ developmental camp.

Impressive with his performances, on July 18, 2017, he agreed to a three-year entry-level contract with the Rangers. He then made his NHL debut on February 22, 2018, where he made 38 saves as the Rangers lost 3-1 to the Montreal Canadiens. That same year on March 3, he stopped 35 shots and earned his first NHL win as the Rangers beat the Edmonton Oilers 3-2. On November 21, 2018, he recorded his first career NHL Shutout winning 5-0 against the New York Islanders.

The next year on February 10, he made a career-high 55 saves in a 4-1 win over the Toronto Maple Leafs. This made him become the goaltender with the second-most saves in a game in Rangers’ history while also setting a record for most saves in regulation. In a game against the Washington Capitals on March 3, he threw his stick at the puck after forward Alexander Ovechkin had faked him out.

However, officials called it a no-goal but changed the call after reviewing it thus granting a 3-2 shootout win to the Capitals. The negotiating rights to Alexandar were traded to the Colorado Avalanche on July 7, 2022, in exchange for third-round and fifth-round picks in the 2022 NHL Entry Draft and third-round picks in the 2023 NHL Entry Draft. As a pending restricted free agent, on July 10, 2022, he quickly agreed to terms on a three-year, $10.2 million contract with the Avalanche.

Alexandar Georgiev’s salary and Net Worth

He has an annual average salary of $3.4 million and an estimated net worth of over $1 million.