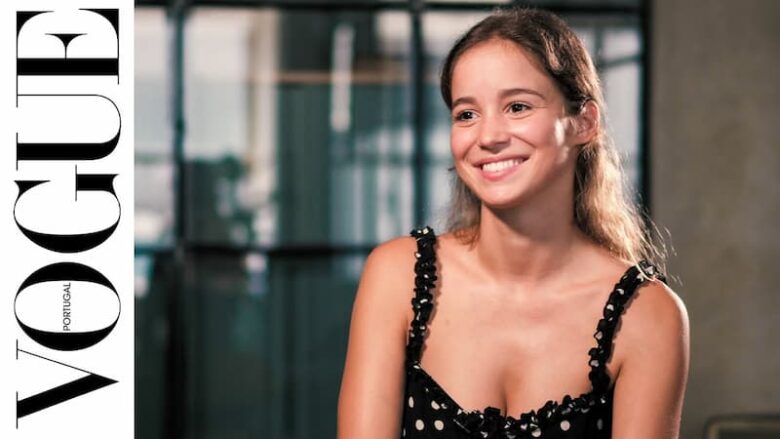 This article will answer every question you have about Alba Baptista. Below are some of the frequently asked questions about her.

Who is Alba Baptista?

Alba Baptista is a Portuguese actress. She began her career in her native Portugal with the series Jaridins Proibidos from 2014 to 2015. Alba then starred in multiple Portuguese series and films such as A Impostora, Filha da Lei, A Criação, and Jogo Duplo. She has starred in the Netflix series Warrior Nun, which marked her English-language debut from 2020 to 2022.

She started her career as the main character in Simão Cayatte’s short film Miami at age 16. For her performance, she earns the Best Actress Award at the Festival Ibérico de Ciné. She furthered her career by appearing in the Portuguese series A Criação and the telenovelas A Impostora and Jogo Duplo. Over the after years, Alba developed a strong cinema career in Portugal, as well as starring in roles in 3 popular Portuguese series.

Her film work such: Caminhos Magnétykos by Edgar Pêra, in which she played the role of “Catarina”; and Equinócio by Ivo Ferreira. She appeared in the film Patrick, the directorial debut of Gonçalo Waddington, which was in competition at the San Sebastián International Film Festival, where it premiered in 2019. She appeared in the 2020 feature film Fatima opposite Harvey Keitel, Sônia Braga, and Joana Ribeiro, which is directed by Marco Pontecorvo.

How old is Alba Baptista?

Alba is currently aged 25 years old as of 2023, having been born on July 10, 1997, in Lisbon, Portugal. She shares her birthdate with famous people such as Mason Thames, Perrie Edwards, Sofía Vergara, Isabela Merced, Queen Cheryl, and many more.

Who are Alba Baptista’s Parents?

Alba was born and raised by a Brazilian mother and a Portuguese father in Lisbon, Portugal to his parents Luiz Baptista and Elsa Baptista. Her father is a Portuguese engineer, her mother met her father from Rio de Janeiro when she worked as a translator in Brazil.

Does Alba Baptista have Siblings?

Alba was born into a family of three children. She has two siblings who are Renato Baptista and Ana Luisa Baptista.

Alba attended a German school in Portugal. She went to a renowned high school for her graduation, where she took acting classes alongside her high school studies.

She is currently in a relationship with Chris Evans, are reportedly dating after the couple was spotted holding hands through New York City’s Central Park.

Alba is not married yet. She does not have any children on her date.

Alba is a Portuguese actress whose net worth is estimated to be around $1 million as of 2023.