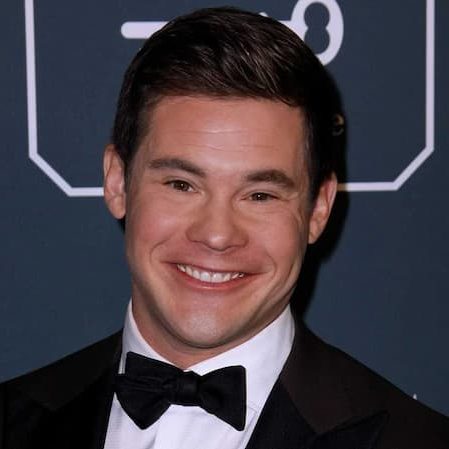 This article will answer every question you have about Adam DeVine. Below are some of the frequently asked questions about him.

Who is Adam DeVine?

Adam Patrick Devine is an American prominent actor, comedian, singer, screenwriter, and producer. He is one of the stars and co-creators of the Comedy Central television series Workaholics and Adam Devine’s House Party. He played the role of Bumper in the musical films Pitch Perfect and Pitch Perfect 2. Also, he had recurring sitcom roles as Andy Bailey in Modern Family and Adam DeMamp in Workaholics.

Moreover, he has had roles in the films The Intern, The Final Girls, Mike, and Dave Need Wedding Dates, Game Over, Man!, and When We First Met. Also, he has voiced characters in films including; Ice Age: Collision Course and The Lego Batman Movie as well as in the animated series Uncle Grandpa, Penn Zero: Part-Time Hero, Vampirina, Green Eggs and Ham, and Bad Ideas with Adam Devine.

How Old Is Adam DeVine?

He is 39 years old as of November 2022, having been born on November 7, 1983, in Waterloo, Iowa, U.S. Adam shares his birthdate with celebrities such as; Chris Tavarez, Agustín Argüello, Al Hirt, Albert Camus, ,Alonna Shaw, Amy Purdy, Annette Michelson, and many more,

Who are Adam DeVine’s Parents?

He was born to Dennis DeVine (Father) and Penny DeVine (Mother).

Does Adam DeVine have Siblings?

He has a sister by the name of Brittani DeVine.

He received his high school education at Millard South High School where he graduated in 2002. After high school, he attended Orange Coast College.

He moved to Los Angeles where he began working as a stand-up comedian and actor. He and friends Blake Anderson, Anders Holm, and Kyle Newacheck formed the sketch-comedy group Mail Order Comedy in 2006. Although they toured together live, they found greater success on websites such as Myspace and YouTube. In April 2008, the G4 series Attack of the Show! featured “Wizards Never Die”, a music video by Mail Order Comedy (as The Wizards). On April 1, 2009, Purple Magic, a music album by The Wizards containing 14 tracks was released. Comedy Central’s original series Workaholics premiered on April 6, 2011, and stars Adam, Anderson, and Holm and co-stars Newacheck, all of whom serve as series creators and executive producers. Moreover, he has also had small roles in Mama’s Boy (2007) and National Lampoon’s 301: The Legend of Awesomest Maximus (2009).

And has had a recurring role on the television series Samantha Who? In 2011, he appeared on an episode of the Fox show Traffic Light. He then played a small role as William Winger Jr. Jeff’s half-brother in season 4 of Community (2013). He played an airport ticket attendant alongside his Workaholics co-stars in the first episode of Arrested Development’s fourth season. In the 2012 musical comedy film Pitch Perfect, he co-starred as Bumper Allen. Because of his performance, he won a Teen Choice Award for Choice Movie Villain and earned one nomination for Choice Movie Breakout. Also, he reprised the role of Bumper in the film’s sequel Pitch Perfect 2 (2015). In addition, he is the voice artist for the character Pizza Steve in the Cartoon Network animated series Uncle Grandpa which premiered on September 2, 2013.

Moreover, he co-stars in his own Comedy Central series Adam Devine’s House Party which debuted in October 2013. He also appears in a recurring role as Andy in seasons 5, 6, and 7 of the ABC network sitcom Modern Family. In 2015, he performed in a supporting role playing Kurt in the slasher film The Final Girls. The following year, he starred alongside Zac Efron, playing brothers in the comedy film Mike and Dave Need Wedding Dates. Moreover, he made a cameo appearance in the video for the 2016 Blink-182 song “She’s Out of Her Mind”. That same year, she was cast alongside Jeffrey Tambor and Gillian Jacobs as the lead of the Walt Disney Pictures family film Magic Camp. In 2018, he played in the romantic comedy When We First Met as the lead, Noah Ashby, which he co-wrote.

In 2018 also, he, Anderson, and Holm starred in the film Game Over Man! which Newacheck directed and Newacheck and Seth Rogen among its producers. On August 18, 2019, he debuted in the HBO comedy television series as Kelvin Gemstone. HBO renewed the series for a second series in September 2019. That same year, he starred alongside Rebel Williamson and Liam Hemsworth in the romantic comedy/parody Isn’t It Romantic. On July 13, 2019, it was announced at San Diego Comic-Con that he and Blake Anderson would executive produce and provide voices for the animated adaptation of Gilbert Shelton’s underground comic book The Fabulous Furry Freak Brothers. It was announced on December 16, 2020, that he would be on The Price Is Right at Night aired on January 13, 2021.

Adam DeVine’s Salary and Net Worth